Breazeale Hopes To Get Wilder-Fury Winner By Next Summer

WBC mandatory challenger Dominic Breazeale is hoping to secure a crack at the winner of the upcoming fight between WBC world champion Deontay Wilder and challenger Tyson Fury.

Wilder will defend the belt against Fury on December 1, at Staples Center in Los Angeles, California. Showtime Pay-Per-View will carry the event.

Should Wilder win, there will be a lot of pressure for a unification showdown with IBF, IBO, WBA, WBO champion Anthony Joshua, who returns in April 13th at Wembley in London. 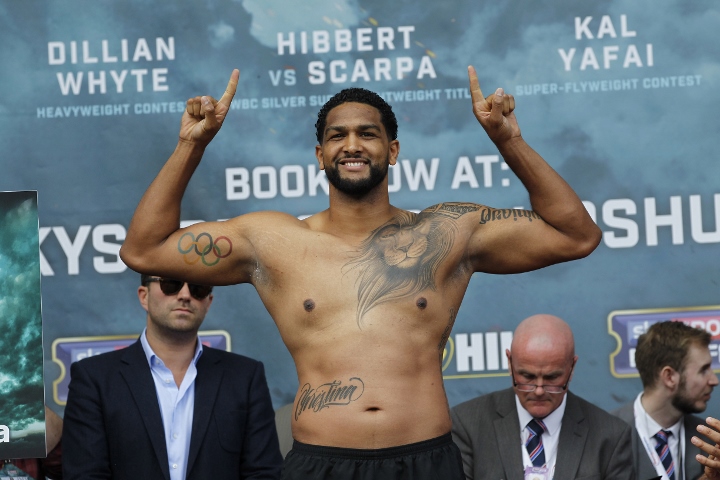 And if Fury wins, then Wilder will likely exercise an immediate rematch clash.

Given both scenarios, Breazeale is banking on facing the winner next summer.

But before that can happen, Breazeale will have to defeat once-beaten Carlos Negron on December 22 at the Barclays Center in Brooklyn, New York.

"I hope I have that shot, the summer of next year," Breazeale told Sky Sports. "We know the Wilder-Fury fight is happening on December 1.

"Usually when a title of that big magnitude goes into effect, there's a good six to seven months lay-off before the next opponent gets his opportunity, so I'm assuming the summer of next year. If it comes sooner, by all means, I'll be ready for it."

And if Breazeale is able to capture that title, he wants to avenge a knockout loss at the hands of Joshua from 2016. The loss is something he wants to resolve at all costs.

"That's the fight that I'm working for," said Breazeale. "Everyone keeps telling me that the next fight is the biggest one in your life, but the next time I get to square off with Joshua in the ring is going to be the biggest fight of my life.

"He's my only loss since the Olympics, my only loss as a pro. He's been my toughest fight up to date. I have the loss there in 2016 against him."

I hope his ass fights again one day too.

[QUOTE=yankees7448;19225314]He will. That's his best shot at a big payday. He'll just keep padding his resume with safe opponents until he gets it. A page out of the Jermall Charlo playbook.[/QUOTE] I can’t see him even taking a tuneup. Literally…

[QUOTE=Jkp;19225951]Let's not forget whyte won the lottery in that fight with head butt knock down. And he still ended the fight on his knees begging for the final bell.[/QUOTE] Yep, but he still knocked him down legitimately. He was never…

[QUOTE=Noelanthony;19225315]You are right I can’t argue with you. I just think Joshua will beat him relatively easy. I actually thought Parker would beat Whyte easy so it was a fantastic result for Whyte although he ended the fight horribly:dunno:[/QUOTE] Let's…

[QUOTE=Jkp;19224564]Brezeale vs Whyte would be a good fight. Both are sloppy b grade fighters, both been pummeled by AJ.[/QUOTE] That's so true yet breazale isn't even b grade dude absolutely sucks slow no chin always open to get hit like…