Rob Brant (24-1, 16 KOs) burst onto the scene this past weekend by pulling the upset against Ryoto Murata for the 'regular' version of the WBA middleweight title. Murata, had been talked about as a possible foe for Gennady Golovkin in Tokyo, Japan - but now those plans have gone by the wayside.

According to Greg Cohen, who promotes Brant, there is the possibility of a second go-around with Murata.

"Bob (Arum) and I agreed to a rematch before the fight," he confirmed. "Obviously, we were a mandatory so it was not mandated but yes, we did agree to a rematch and we'd be very happy if they want to do it." 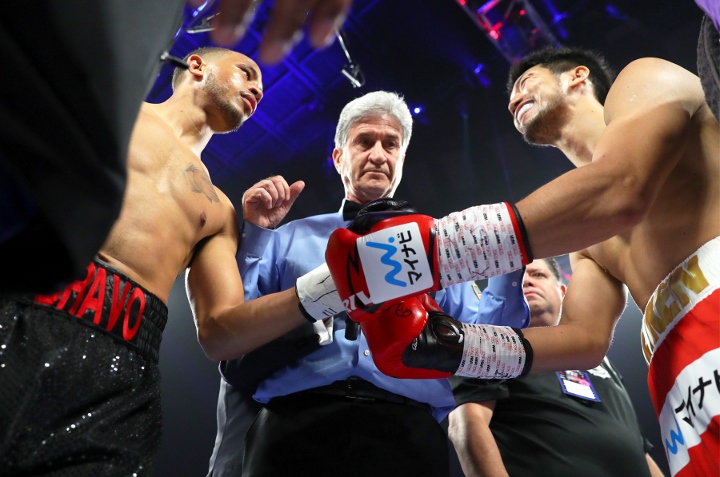 Given the lopsided nature of the fight on Saturday, you wonder if Murata's side will enforce the rematch.

Cohen opined, "I think Rob showed that just style-wise Murata matches up very well for him. Murata's a tough guy, Rob hit him with everything including the kitchen sink and he took it. So he's not an easy out for anybody. But I just think style-wise the fight really favors Rob so I'd expect the same result or even better, again."

And they'd be willing to go to Murata's home country to do it a second time.

"If we were to fight a rematch it would be more lucrative to do it in Japan than to do it in America," said Cohen.

The bout this past weekend took place at the Park Theater in Las Vegas and was streamed on ESPN+.

According to Cohen the Murata side has 30 days to exercise their right for a return bout.

"Rob wants the biggest and the most lucrative fights in the world. The 'Canelo's (Saul Alvarez), 'Triple G' (Gennady Golovkin) of the world are what we're interested in, the rematch with Murata in Japan. We're going to to take a little bit of time and evaluate our options but i like where we're sitting,'' stated Cohen.

"i like where we're sitting"...comes with winning a belt. Take the fight that makes the most $en$e. That is why it is called PRIZE FIGHTING.

[QUOTE=TonyGe;19215956]Very possible. Then there will surely be a third fight if the rematch is competitive. Brant might have won the lottery.[/QUOTE] Now that you put it that way..... you are correct.. at my local coffee shop, all the Japanese men,…

[QUOTE=Zaroku;19215934]I don’t think a rematch will end with Murata winning.[/QUOTE] Very possible. Then there will surely be a third fight if the rematch is competitive. Brant might have won the lottery.

Great news for Brant. He needs to realize the rematch may be tougher that the first.

I don’t think a rematch will end with Murata winning.