Rios returns from a long layoff, after announcing his retirement in November 2015 - when he was knocked out by Timothy Bradley in a battle for the World Boxing Organization welterweight title.

Rios, in his first bout without Top Rank as his promoter, will face Mexican contender Aaron 'Joya' Herrera in a ten round contest that will be aired on FS1 from the Pioneer Event Center in Lancaster, California. 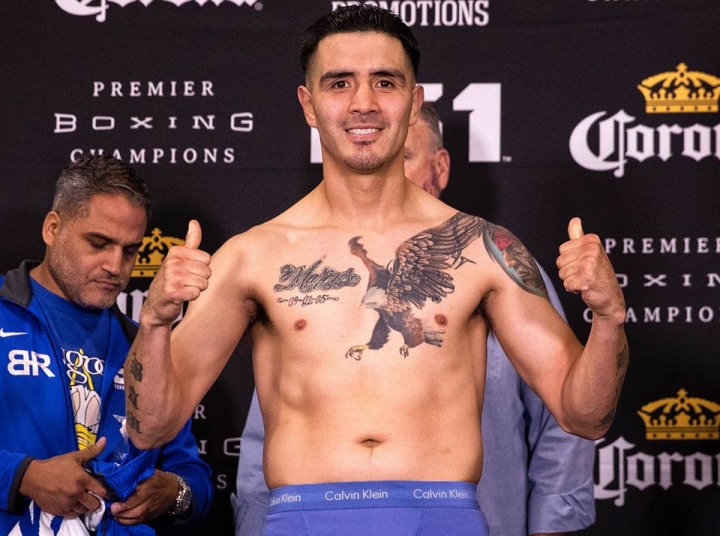 The fight will also be the first for Rios with new trainer Ricky Funez. Rios parted ways with his career trainer, Robert Garcia.

The fight with Herrera was agreed upon for 148 pounds, with Rios coming in under the welterweight limit at 146.4-pounds.

Rios vs. Herrera is promoted by Tom Brown of TGB Promotions and headlines a Premier Boxing Champions event.

Brandon will come to this fight with a record of 33-3-1 and 24 by knockout, while the Yucatecan Herrera has a career tally of 32-6-1 and 21 knockouts. Herrera is hungry to get the most notable triumph of his professional career.

By working with Al Haymon, who is the creator of the PBC series, Rios opens up the door for a lot of opportunities. Haymon is the manager/adviser to WBC/WBA champion Keith Thurman, IBF champion Errol Spence, Shawn Porter, Victor Ortiz, Danny Garcia, Andre Berto, Robert Guerrero, Omar Figueroa and numerous others at welterweight.

"The goal is to get back to the top and compete for a world championship," Brandon told ESPN Deportes. "I know I can not ask for a big fight at this stage of my career because I'm just coming back, I understand that I have to prove myself first, but this Sunday they're going to see how close or how far away I am to that goal."

[QUOTE=genrick;17752077]Discipline, patience, willingness to follow instructions, and, above all, love and dedication to the sport. What more do you need from Rios in this case? He's doing all the right things. Why the negativity?[/QUOTE] i dont think anyone is being…

Discipline, patience, willingness to follow instructions, and, above all, love and dedication to the sport. What more do you need from Rios in this case? He's doing all the right things. Why the negativity?

Too bad Rios is a bum and will never be good enough to earn a shot no matter how hard he tries.