Mexican-American Brandon Figueroa received confirmation that on April 20 he will compete with Yonfrez Parejo in California for the interim-super bantamweight championship of the World Boxing Association, hoping to add a new title for the family, after his brother Omar conquered the lightweight of the World Boxing Council years ago.

"I feel immense pride that we already had a champion in the family with Omar, and we expect to have a second champion arrive this April 20 with Brandon," Omar Figueroa Sr. told ESPN Deportes.

"It's not to brag but Brandon is going through a great moment, he has great discipline, he has shown against good opponents that he can compete with the best and he will prove it in this fight." 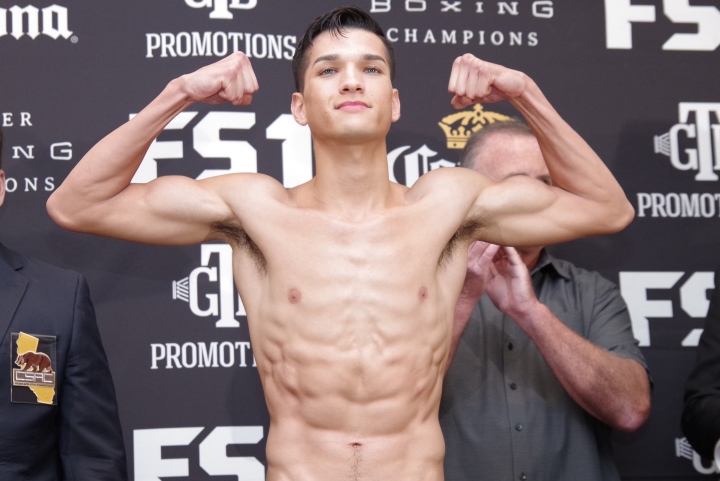 The fight between Figueroa (18-0, 13 KOs) and Venezuela's Parejo (22-3-1, 11 KOs) will be part of the card that features Danny García and Adrián Granados at the Dignity Health Sports Park in Carson, California.

The announcement that the fight will be sanctioned by the WBA came just came down this week.

"Brandon is 22 years old and is already reaching the elite, he has a talent that can make him a star and little by little he has surprised us because as a child he told us he wanted to be a boxer but he was so skinny that we did not believe him, but then he was just convincing us and see how far he has come," said his father and coach.

"He has had to spar with welterweight fighters and he always gives them war, there are many who no longer want to fight him because he hits very downstairs, he has developed well and it is time to confirm it."

Brandon is training in Texas, but he hopes in a few days to move to California to close there the preparation and avoid setbacks with the weigh-in, something that became a headache for his brother Omar.

"I have always told Brandon to learn from the mistakes that Omar made, fortunately he is very disciplined and it helps him to get strong, the idea is not just to arrive like Omar, but to stay and have a solid legacy," concluded the father of the young Mexican-American contestant.

[QUOTE=budfr;19641443]Mexicans love inside fighting, no matter how tall they are, look at Chavez Jr, and many others being the best example right now Fortuna " The Towering Inferno ", who is very tall and likes to fight on the inside,…

[QUOTE=pillowfists98;19639653]Murodjon Akhmadaliev is the WBA #1 and he would beat Figueroa right now. Figueroa is tall and long but for some reason decides to fight just like his brother on the inside. I don't understand it. He's powerful but looks…

[QUOTE=pillowfists98;19639653]Murodjon Akhmadaliev is the WBA #1 and he would beat Figueroa right now. Figueroa is tall and long but for some reason decides to fight just like his brother on the inside. I don't understand it. He's powerful but looks…

Brandon's 22 years old and getting better and better every fight :boxing:

The kid is just a straight savage in the ring, he seems to enjoy punishing his opponents and delivers with pure unadulterated high octane violence! Love his engine and relentless body attack! He could be a problem if he continues…