Brandon Figueroa: Fight At Home Has Different Kind Of Meaning

More than half of his career has taken place in Texas, but this latest homecoming has a special feeling for Brandon Figueroa.

From occupying the main event on Premier Boxing Champions (PBC) on FS1 to the bout representing the first defense of his super bantamweight title, Saturday night is so much more than just returning home to his adoring fans.

“It’s such a big opportunity that PBC has put in front of me,” Figueroa (19-0, 14KOs) told BoxingScene.com, as he prepares for the first defense of his interim super bantamweight title versus Argentina’s Javier Chacon. 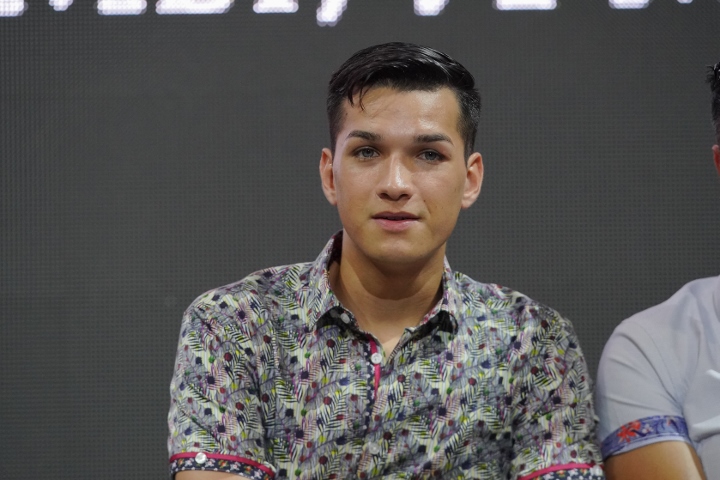 The bout takes place in Edinburg, Texas, mere minutes from his Weslaco hometown and in the same Rio Grande Valley region where he turned pro just four years ago. Figueroa was just 18 years old at the time, wrapping up his senior year of high school and still largely known as the kid brother to then-unbeaten former lightweight titlist Omar Figueroa.

It’s a different era today, as Omar is coming off his first loss and stuck at the crossroads while Brandon continues to soar to new heights. Saturday will mark his third fight of 2019 but his first at home in nearly two years.

“There have been a lot of people—my family, my friends and all our supporter—who’ve been anxiously waiting to see me fighting again in the valley,” notes Figueroa, who is coming off of an 8th round stoppage of Yonfrez Parejo in April to claim an interim 122-pound title. “I knew it was a matter of time that I would get here eventually.

“Good fights keep coming along. I keep getting better and stronger, enjoying my growth support. This is another steppingstone in my career, and a big chance to proudly represent the valley and our family name.”

The occasion has come complete with Figueroa’s very own PBC Countdown special which premiered Sunday evening on FS1.

“It’s wild, it feels so different than fighting before on TV,” acknowledges Figueroa, who’s already fought on NBC Sports Network, FS1 and in primetime on Fox, but now headlining his very own show. “The camera crews were here to do the reality show for the fight. I feel so blessed, and now I have to take advantage of the opportunities given to me.

“Little by little, my name is getting more our there, and I honestly do appreciate it. Everything is falling into place, and no better place for my next step than at home. This fight at home has a different kind of meaning.”

Typical garbage. Hyping a fight against a journeyman like it was a meaningful bout.

What happened to Figaroa? When he was with Golden Boy he was on his way to becoming a star. Now he's just some forgotten guy that is fighting a nobody.