Brandon Figueroa was too big, too strong and too active for Javier Chacon.

A relentless Figueroa pressured Chacon throughout their brief bout Saturday night. The emerging 122-pound champion dropped and stopped Chacon in the fourth round of a main event FS1 aired from Bert Ogden Arena in Edinburg, Texas. 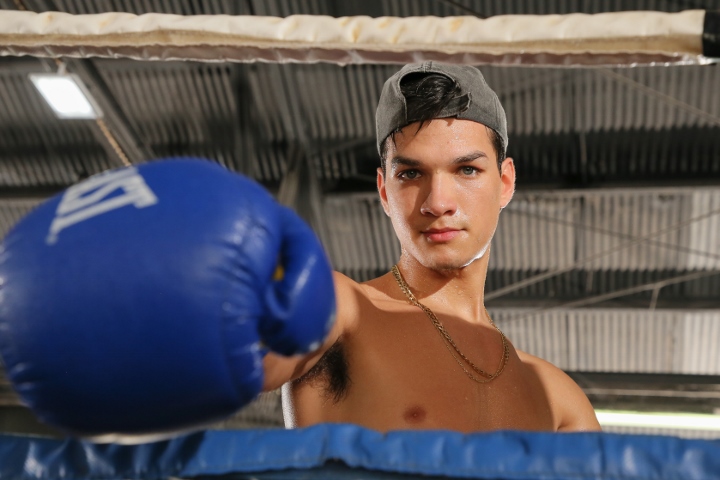 The undefeated Figueroa (20-0, 15 KOs), of Weslaco, Texas, dropped the aged Argentinean veteran with a right uppercut in the fourth round. He buzzed his opponent with a right hook several seconds before he knocked him down.

The 22-year-old Figueroa made the first defense of his WBA interim super bantamweight championship. He also extended his knockout streak to seven consecutive fights.

Chacon, 38, had his four-fight winning streak snapped. He also was stopped for the fourth time in a pro career that began in May 2004, when Figueroa was 7 years old.

Chacon (29-5-1, 9 KOs) tried his best to fend off Figueroa in the fourth round, but Figueroa relentlessly pressured him until landing the punch that ended their scheduled 12-round, 122-pound championship match. Chacon went down with 1:11 to go in the fourth round.

The challenger tried to get up from his gloves and knees, but he fell face-first to the canvas. Ramos immediately stopped their fight then.

Figueroa again bullied Chacon around the ring throughout the third round and was the much more active fighter.

Figueroa fought out of a southpaw stance for much of the second round. He picked apart Chacon to the head and body for much of those three minutes.

Two lefts to the body by Figueroa made Chacon retreat with just over a minute remaining in the first round. Chacon covered up and prevented Figueroa from further hurting him to the body during that sequence.

[QUOTE=edpboxing;20012355]I don’t mind Fulton-Figueroa next, but if Figueroa is offered a bigger name, I hope he takes it.[/QUOTE]For sure! Fulton should be the last choice! If not Roman, then I think he should be targeting, in order of priority, Rigondeaux,…

[QUOTE=Bronx2245;20011975]Yeah, you missed 2 undefeated prospects fight right before that! Look for these names in future: Jaime Arboleda, Omar Juarez, and Stephen Fulton![/QUOTE] I don’t mind Fulton-Figueroa next, but if Figueroa is offered a bigger name, I hope he takes…

[QUOTE=dot.c.eh;20011399]PBC mismatch special... Though I only had time to catch the main event[/QUOTE]Yeah, you missed 2 undefeated prospects fight right before that! Look for these names in future: Jaime Arboleda, Omar Juarez, and Stephen Fulton!

I was at the book keep in MGM Las Vegas when I saw this fight about to start. It caught me off guard because this was the first time I ever heard of Brandon Figueroa, and we are from the…