Brandon Cook: Brook Fight is Off, Brook Has Ankle Injury

According to his opponent, Kell Brook has withdrawn from his next fight.

Brandon Cook told World Boxing News that he has been informed Brook has an ankle injury and cannot fight him July 28. The Brook-Cook bout was supposed to be part of the Joseph Parker-Dillian Whyte undercard at O2 Arena in London.

An official announcement hasn’t been made about Brook’s withdrawal, but Cook said promoter Eddie Hearn will announce it soon.

“Apparently, Kell Brook has hurt his ankle, so the fight is off,” Cook told World Boxing News for a story that appeared Sunday on its website. “That means no fight for me and I’m so upset. This whole thing sucks and I put so much time into training. It’s the worst news ever for me.” 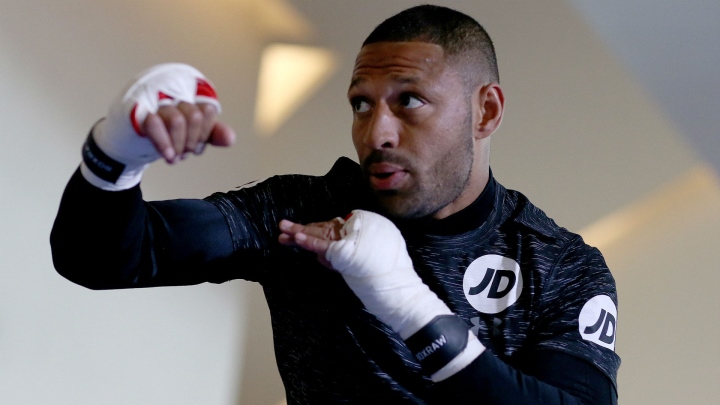 The 32-year-old Cook (20-1, 13 KOs), of Ajax, Ontario, Canada, was viewed as an opponent to keep Brook busy before taking a bigger fight, perhaps against longtime rival Amir Khan. Cook’s lone loss was a ninth-round technical knockout against Kazakhstan’s Kanan Islam (25-0, 20 KOs) on September 9 in Astana, Kazakhstan.

Cook hasn’t been offered a replacement to fight on the July 28 card now that England’s Brook (37-2, 26 KOs) is unavailable.

“I had close to 20 people that were coming [to London] and this really sucks for everyone,” Cook said. “Everyone is canceling their flights, as I hear Eddie Hearn is supposed to make an announcement.

“Maybe they can offer me someone else on the undercard of the Amir Khan [fight] in September? I’d appreciate that, but I hear Brook is out until at least November, so we won’t be able to reschedule and it really sucks.”

Cook heard rumors for weeks that England’s Brook suffered an injury, but he didn’t get confirmation until this weekend.

“We knew for like two weeks, but we didn’t get us a straight answer,” Cook said. “I’m sure Eddie wanted to see if Brook would be good to fight. I just hope he can offer me something for the card in September, as I want a big fight and I don’t care who it is. I will fight anyone.”

Brook knocked out Sergey Rabchenko (29-3, 22 KOs) in the second round of his last fight, a scheduled 10-rounder March 3 at Sheffield Arena in Sheffield, England, Brook’s hometown. That marked Brook’s comeback from surgery to repair a fractured left orbital bone, suffered during the former IBF welterweight champion’s 11th-round knockout loss to Errol Spence Jr. (24-0, 21 KOs) in May 2017 at Bramall Lane in Sheffield.

[QUOTE=Mick Higgs;18940866]I'm not too sure mate. However it is about time that the once prestigious Commonwealth championship was contested more often by non British boxers. There's 53 countries in the Commonwealth, but due to greedy promoter's who are linked with…