Brandon Adams: The Contender Has Prepared Me For Charlo

The third time was a charm for Brandon Adams to win a tournament but his team is confident that it will take just one try to emerge among the middleweight title fray.

Nearly eight months after taking top honors in the revamped The Contender reality series, California’s Adams (21-2, 13KOs) boldly hits the road for the biggest fight of his career. Next on deck is a 12-round showdown versus former 154-pound titlist and current unbeaten interim middleweight title claimant Jermall Charlo, with their bout topping the June 29 edition of Showtime Championship Boxing live from the NRG Arena in Houston, Tex.

It’s a major step up in class for the visiting Los Angeles native, but he believes the trials and tribulations he’s previously experienced has him fight-night ready.

"Before The Contender I felt that I didn't have an opportunity to show how good I am,” notes Adams of his finally conquering his tournament demons, having settled for 2nd place in ESPN2’s Boxcino tournaments two years in a row. “During the whole series it was about getting back in the ring and shaking off the rust, then showcasing who I am.” 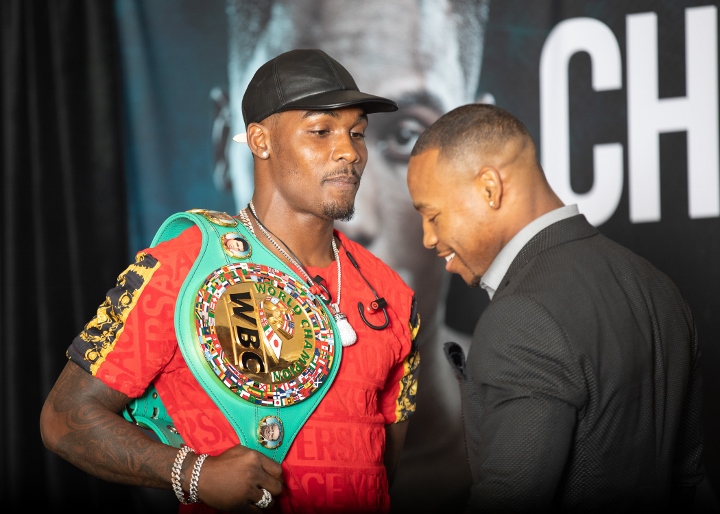 Adams eventually ran the tables, beginning with a knockout win over Tyrone Brunson in the opening round before scoring decision wins over Ievgen Khytrov and Eric Walker to advance to the finals. There, he met Shane Mosley Jr. in the finals last November, pitching a virtual shutout over the son of the former three-division champ to claim top honors.

It was hurry up and wait after receiving his tournament prizes, but well worth the wait. In Charlo (28-0, 21KOs), he is provided with an opportunity to position himself for a major title with a win.

"Winning The Contender helped get me here, but I always had confidence and believed in myself since day one,” insists Adams, whose current four-fight win streak came entirely during his Contender run last year. “In choosing to accept Charlo's challenge, I had it in my mind that I belong here.”

It’s a place few envisioned for the squat middleweight after his second Boxcino shortcoming.

One year after falling well short in the 2014 middleweight finals versus Willie Monroe Jr., Adams dropped down to super welterweight in hopes of changing his luck.

He once again found himself in the finals, only to suffer a shocking 2nd round knockout loss at the hands of New Jersey’s John Thompson.

Monroe Jr. and Thompson would both go on to fight for a major title in subsequent fights, while Adams was left to reconsider his place in the sport. He was out for three years before returning on The Contender, quickly reacquanting himself with the ring and the adrenaline rush that comes with fight night.

“It was pressure every time I fought on The Contender,” recalls Adams. “Each round were quality opponents leading up to the final and all of that will prepare me for Charlo.”

“I’m going to finish this fight,” promises Charlo (28-0, 21KOs), who fights in his Houston hometown for the first time since 2012. “My goal is to make quick work of Brandon and show him that there are levels to this.

“You might be a contender, but it's another thing to be a champion.”

Adams doesn’t hate the trash talk coming from his opponent, understanding that he needs to earn his keep in the ring.

“He deserves everything he's gotten and I respect him as a man,” notes Adams. “But I'm going to take advantage of this opportunity.”

Hey yall dont sleep on Adams. He fights more cautiously now than he did during his first run. He moves a lot and uses feints and angles. Loves to counter but generally tries to outbox and break his opponents down…

I actually really wanna see this fight. I like Brandon Adams style a lot. I'm obviously going with Charlo but I think this is gonna be a fun match up with the way both these guys fight. I'm definitely looking…

jermall charlo is obviously a level above, this is going to be a good fight while it's on but a destruction at the end,charlo in 6

If Charlo doesn't plan on leaving Sho/Fox then he needs to move up to 168. There's nobody for him at 160 over there & unless he fights on DAZN which he seems reluctant to do, he's gonna be waiting out…

Brandom Adams is a bum. He was outclassed by Monroe jr. Charlo knocks him out, no doubts.