Skeete will take on southpaw Diego Ramirez in a 10-rounder for the vacant WBO International title Saturday from the Brentwood Centre in Brentwood, England.

Skeete-Ramirez will headline an afternoon of boxing live and exclusively in the United States on ESPN+. The four-bout stream will begin at 3:30 p.m. ET, with Skeete-Ramirez expected to start just after 5:30 p.m. ET. 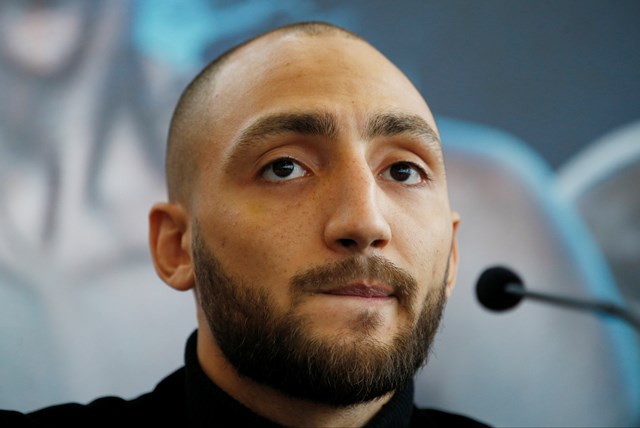 Skeete (28-2, 13 KOs), an eight-year pro, is a former British, Commonwealth, and WBO European welterweight champion seeking to make a world title run. He has won 10 of his last 11 fights and has been stopped only once, an April TKO defeat to one of the sport’s rising stars, Kerman Lejarraga. Ramirez (16-2, 4 KOs), from Coronda, Argentina, is a slick boxer who has seen both of his defeats come via controversial decision. He is 14-1 since a split decision loss in his third professional bout.

In the co-main event, decorated 115-pound prospect Sunny Edwards (9-0, 3 KOs) will take on his stiffest challenge to date against Junior Granados (16-5-1, 9 KOs) for the vacant WBO International belt in a 10-rounder. Edwards, a former British amateur star, captured the WBO European 115-pound title last November with a fourth-round TKO against then-unbeaten Ross Murray.

Pathetic card. Can't believe anybody would pay to watch this garbage.

Frank should just call this show TBA I wouldn’t be surprised if Skeete got cancelled too.

Is Brentwood the new Copperbox? Frank has been taking all his weak ass shows there recently.