Bradley Skeete: I Ain't Got Time To Be Treading Water!

IT wasn’t that long ago that Bradley Skeete (27-2, 12 KOs) seemed just a champion’s signature away from challenging Jeff Horn for the WBO Welterweight title.

November 2017 in Australia, just four months after the Aussie had shocked the world against Manny Pacquiao. Horn v Skeete looked like it was on. Skeete was ranked four with the WBO but it was the number ten, his fellow Brit Gary Corcoran, who got the call.

Horn v Corcoran eventually went to plan (TKO 11), but to this day there is still a degree of frustration with Skeete that the fight never happened. The topic wasn’t raised initially when Boxing Scene spoke to the Londoner this month, but it crept in when the recently turned 31-year-old brought up the word momentum in reference to his own career.

“I was defending the British title in back to back defences. My momentum was there. I don’t like to keep going over it but the whole Jeff Horn thing… when that all happened I was jinxed from then really. We were on the verge with the fight. Literally everything was agreed, waiting on the contract to be signed. The contract didn’t come, then he was fighting Gary Corcoran.” 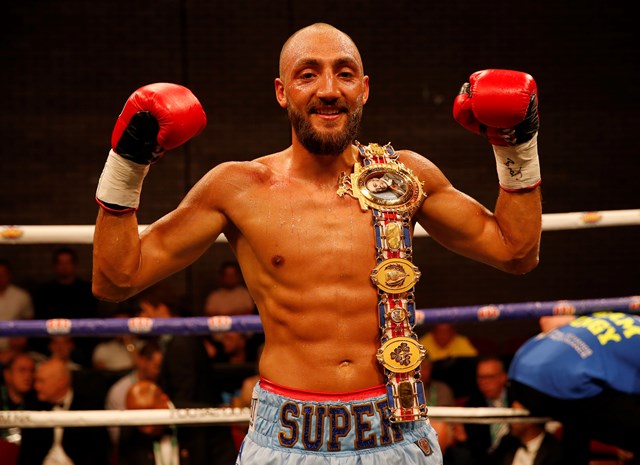 It was a sore one to take. It maybe remains as a wound that refuses to go away but the pain would have been nothing compared to what he felt six months on from the Horn saga. Without a fight since the July of 2017, a unanimous decision win over Dale Evans to give him the British Welterweight title outright, Skeete travelled to Bilbao to face a Spanish bull in the shape of Kerman Lejarraga for the vacant 10st 7lbs strap. The tassel haired “Revolver” shot down Skeete’s hopes before he even got going, much to Lejarraga’s credit.

The away fighter had the advantages in height and reach but succumbed to the ferocity of Lejarraga, who exchanged jabs with his opponent in the opener, and proved in the second that he had fight changing power in both his hands. Explosive attacks to head and body put Skeete down three times and with 75 seconds to go the towel was thrown in.

“No excuses. I never make an excuse, I’m not that sort of person. I lost to the better guy on the night and it’s as simple as that,” said Skeete reflecting on his second loss in an eight-year professional career.

“I was favourite to win that European title. It didn’t go to plan, but it wasn’t like I got beat up and destroyed for 12 rounds. It happened so quick. I’ll be back to prove the doubters wrong. I looked at him before and didn’t see anything great. Yeah, he’s a big puncher but looking at him technically he didn’t look great.

On his record he hadn’t really boxed anyone. I was wrong overlooking him a bit and I think he will go on to do big things and I hope he does.

“If I had boxed how I usually boxed, on the back foot, picking him off and from previous fights he marks up and cuts up. I was looking at getting behind my jab, doing what I do. Strong hard jab, let him walk on to my right hand, move my feet and by mid to late rounds he’d be cut up and maybe get the stoppage myself. That’s how I was seeing the fight myself in my head. That’s how I was planning it out. It just didn’t go to plan.”

Skeete’s potential world title plans were up in smoke thanks to the fiery Lejarraga. Skeete and his team had to put a new plan in place and that begins on Saturday night, on BT Sport, in an eight rounder against Fernando Valencia at the Brentwood Centre, Essex. A chance for fans to tune in and see whether there are scars left over from what happened in April or not.

The sharpener in Essex should lead to win number 28 on his slate. Number 29 may come in December against a far more experienced campaigner. A big name, perhaps. One maybe who is on the home straight of his career but is still good enough to test whether Skeete really can campaign at a higher level than domestic.

“I need to look ahead and look at my future,” said Skeete.

“I like planning things out and knowing what’s what and where I’m going so we’ve got to get a good win in this eight rounder and then moving forward in December to some sort of inter-continental against a good name. Someone who is going to come and fight and who is a recognised name. I’ve been boxing eight years. The time is now. I’m not a spring chicken no more. I ain’t got time to be treading water and taking easy winnable fights. I need to be getting decent fights against decent names and securing my future now.”

To do that Skeete has left behind the British scene and vacated his Lonsdale belt. Outclassing Sam Eggington in 2016 to take the title led to three quick fire defences against John Thain, Shayne Singleton and Dale Evans. A trio of fights which took place over eight months and gave Skeete the belt for keeps.

“I’m in the process of getting it framed,” said Skeete still delighted at having his own.

“To not just win the British title but to win it outright is a big thing. Not many people do it. A lot of fighters have done it, but a lot move on and vacate before they won it outright and to have that framed with my name being in the history books as a Lonsdale belt holder, no one can take that away from me now. It’ll be in a frame and shown off.”

The vacant title will be contested on the same Frank Waren card which features Skeete, Anthony Yarde, Nathan Gorman, Lucien Reid and more. The night though will likely belong to either Gary Corcoran or Johnny Garton who are next in line for the vacant British Welterweight title.

Corcoran has had Skeete in his sights for well over a year and it feels like not if but when that the pair will face one another. Skeete is happy to oblige but the prize at stake must be meaningful. Garton could throw a spanner in the works and Skeete would love nothing more than seeing his friend and gym mate taking the title that he has patiently waited on an opportunity to fight for.

“Don’t get me wrong it’s a tough fight,” said Skeete.

“Gary’s a good fighter. He’s boxed for a world title. He’s boxed at a high level. Johnny is definitely deserving to be next in line for the belt. He’s done it all the right way. He’s won Southern Area, English titles and now he’s ready to step up for the British. He’s been waiting. I’m so happy and pleased for him that he’s got his opportunity now. It is a tough fight. We all know it’s a tough fight but it’s a fight he can win. He trains so hard, he’s so dedicated to the sport. There isn’t anyone else I’d be happier to see win the British title than him.”