Brad Foster will meet Lucien Reid in a rematch next month.

The pair battled it out back in September, with neither coming away with the spoils.

Foster retained the British and Commonwealth super-bantamweight crowns at York Hall, Bethnal Green, exclusively live on BT Sport, after a majority draw verdict was handed in by the three scoring judges. 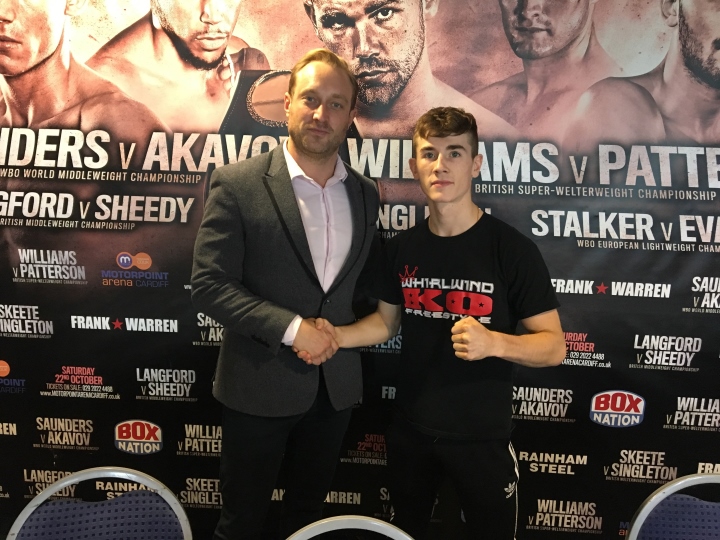 And the two fighters will return to the same venue and the same platform –– with the same belts at stake –– on February 22 to do it all over again.

The card will form a support for the night’s big clash –– the WBC heavyweight world title rematch between Deontay Wilder and Tyson Fury, which also has the vacant Ring Magazine belt at stake, at the MGM Grand Garden Arena in Las Vegas –– and will play host to a number of young fighters’ next outings.

Former Love Island star Tommy Fury, who returned to the ring after a nine-month hiatus last December to score a 62-second stoppage, will be back on the card, while there is a tasty super-middleweight clash between Umar Sadiq and Kody Davies.

Ex-Team GB starlet Muhammad Ali Jr. will make his professional debut on the card after signing promotional terms with Hall of Fame promoter Frank Warren and his Queensberry Promotions company and there is more action for talented bantamweight Dennis McCann, who has raced to 5-0 since turning professional just last May.

Further additions to the supporting cast will be revealed in due course.

I thought Reid won the fight. Looked like a robbery to me. Not a huge robbery, just a little one.