Brad Foster: I've Worked Too Hard To Allow Beech To Take My Belts

For many boxers, the thought of boxing with no fans present might count as a step into the unknown. For Brad Foster, it is something of a relief. Foster has made dramatic steps so far in his fledgling professional career but has made a habit of fighting in his opponents’ backyards. No fans, means no one booing him.

Foster leads the comeback of British boxing on Friday night, when he puts his British and Commonwealth super-bantamweight titles on the line against James Beech Jr at the BT Sport Studios in East London. It will be the first professional boxing card in the UK since March 14.

Not that Foster has seen the coronavirus pandemic slow up his career. He has already boxed once this year, producing possibly the best performance of his career to with his rematch with Lucien Reid in February. 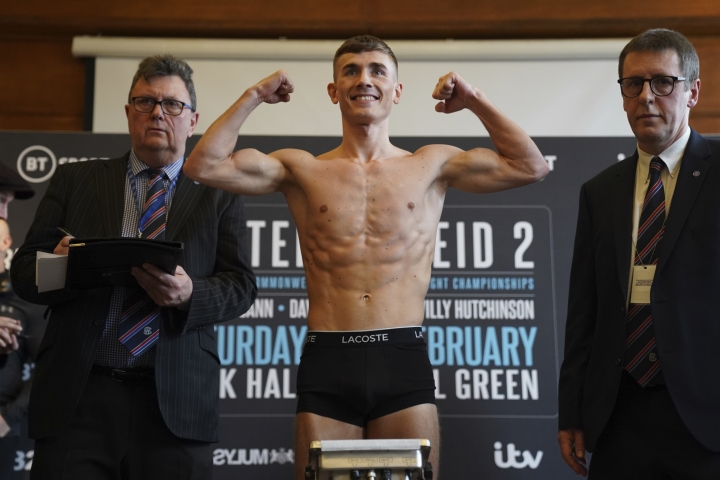 Foster, from Lichfield in the Midlands, is not one not afraid to be in the away corner. He won the British title by beating Josh Wale, the experienced former British champion, in Barnsley, added the Commonwealth title by beating Ashley Lane in Stevenage two months later, then twice travelled to London’s East End to take on local lad Reid. Silence should not be a problem.

“It doesn’t really matter,” Foster said. “It matters what the person in front of me in the ring is going to do, rather than what the crowd is doing. He is the one trying to punch my face in.

“Most of my big fights have been away from home in their backyards. The job is to get in there and come away with the belt for myself.

“The job is still the same wherever I go, whether I have got fans with me, fans against me, no fans at all.”

At 22, he is a young man in a hurry, having turned professional at 18 without having had an amateur bout. What he did have was a lot of experience at kickboxing, having won multiple world age-group titles.

“I knew I wasn’t going to stay in kickboxing because the rewards are not there,” he said. “I had ten world titles as an amateur, but there is not the exposure boxing has. When I was 18, I took a shot in the dark. I like to challenge myself and I went straight into professional boxing without an amateur contest.

“I’m learning all the time. Everything is experience I try to use throughout your career. You have to have your own style, you can’t just be like every other boxer. If you are different, no one is going to know how to prepare for you.

“Probably the hardest thing has been some of the top level sparring I have done. I sparred with Josh Warrington and the Yafais (Kal and Gamal) in Birmingham. I asked them for advice on how to do things. That was where I had to learn the boxing craft and take things away from them.

“Hopefully, my career was full of good nights.”

One of those could be on Friday, when he faces Beech in what could have been a memorable clash if staged in the West Midlands in different times.

“He lives a few miles away from me and I sparred him before my last fight,” Foster said. “He is a good fighter. He is going to be coming to try to take the belts off me. I’ve worked too hard to let that happen.

“We know of each other. He lives about 15 miles from me. But I focus on myself, I stay in my own lane.”

Going to the BT Studios will be nothing new for Foster, though, as they played an important part in his journey. Five years ago, he went there to watch his trainer, Richard Waller, compete in Total Combat, a short-lived attempt to rewrite the rules of boxing. Waller introduced him to PJ Rowson, who became his manager.

On Friday, victory would see Foster win his Lonsdale Belt outright. “That was one of my goals coming into boxing,” Foster said.

“I want to take the opportunity with both hands. I’ve imagined how the fight is going to go, but you don’t really know until you get in there. He is a good, come-forward fighter. I reckon there are going to be fireworks.”

Should’ve said “to allow that Beech...”