Fox’s big investment in boxing resumes in 2020 with a trip to one of boxing’s shining lights. Jr. middleweight has delivered multiple gems in the last few years. It may have another on tap if Julian Williams (27-1-1, 16 KO) can retain in his first defense of the WBA and IBF belts in a Philly homecoming. Last year, Williams won one of the best fights of 2019 in besting Jarrett Hurd.

Now Williams may have a shot at revenge by proxy. His lone loss came at the hands of Jermall Charlo. Win here and the buzz escalates for a unification showdown with Jermell Charlo. Rosario is 7-0-1 since a lone stoppage loss. 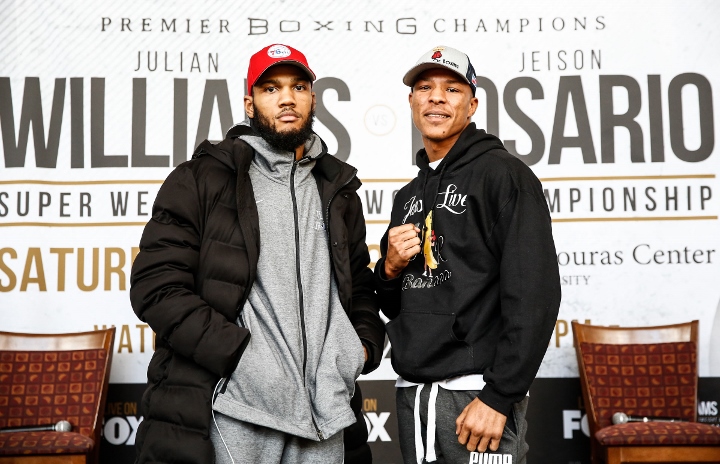 After waiting years for a crack at light heavyweight gold, Eleider Alvarez (24-1, 12 KO) shocked Sergey Kovalev in 2018 with three knockdowns and a stoppage for the WBO crown. His long journey resulted in a short trip to the top. Alvarez was soundly outboxed in the rematch and now the 35-year old Colombian tries to scratch his way to one more shot. Seals (24-2, 18 KO) has a career making opportunity after going 5-1 since a wild mini-classic stoppage loss to Edwin Rodriguez in 2015. The loss in that run came by disqualification.

Actually... Seals loss to Rodriguez came via TKO, not DQ.

Thank you again for the schedule and news. :yo: