If one entered the last two weekends with Terence Crawford and Vasyl Lomachenko as their leaders in the field of mythological wonders where all fighters might compete at the same size, nothing happened against Amir Khan or Anthony Crolla, respectively, to change that. 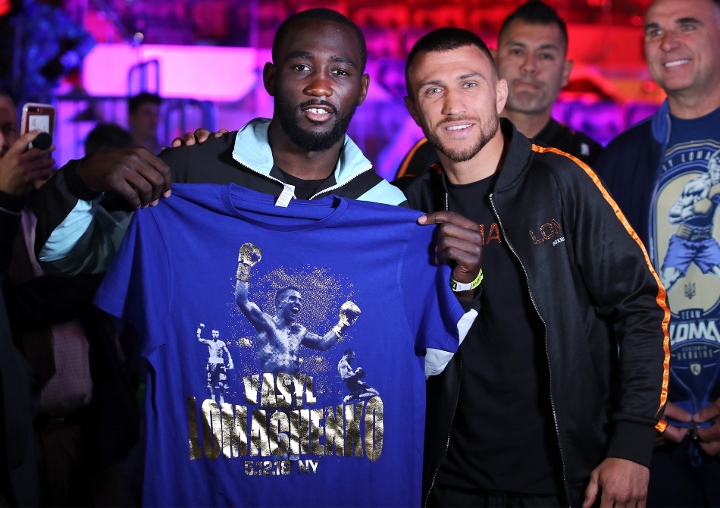 They did what they were supposed to do. So did Errol Spence in his fight with Mikey Garcia. He was supposed to win but he did so in such demonstrative fashion that it does get him a bump up from the nine slot.

Keep an eye on the next couple months as Srisaket Sor Rungvisai, Saul Alvarez, and Naoya Inoue will all be in action. There could be movement afoot.

For now, feel free to agree, disagree, and debate away.

[QUOTE=Truth Serum;19688889]GGG is still undefeated in the eyes of millions.. how is Canelo on the list?[/QUOTE] That’s the problem with “new,” boxing fans, if your hero loses a fight they are no longer worthy of your attention and of true…

[QUOTE=The D3vil;19691908]But at the top of the boxing world, there's very little that separates great fighters from other great fighters. It's absolutely fair to use that as something that can be used when you're splitting hairs, which is what you're…

[QUOTE=JcLazyX210;19690672]Honestly you get no credit in my book for losing unless it's a FOTY fight or very Controversial score cards so GGG wouldn't be on my list. Yea but mannys last couple of fights were jokes. That's like saying if…

[QUOTE=aboutfkntime;19689638]umm, yea..... but what about his PHENOMENAL skillset, perplexing style, and next-level ringIQ?..... the dude is literally a boxing professor I think that rates WAAAAAY higher than the stuff you mentioned plenty of fighters do not fail a drug test,…

[QUOTE=aboutfkntime;19689625]but you just flip-flopped, kinda you do not rate Crawford, because of lack of resume, therefore lack of experience but you ignore Pac's outstanding resume, and truckloads of experience and if you dropped Golovkin because of poor form, and you…