The Boxing World Should Embrace KSI vs. Logan Paul II

KSI vs. Logan Paul may very well turn out to be the most-watched boxing match of 2019.

The two YouTube superstars have signed on for a rematch of their amateur bout last year, which turned in numbers conventional boxing promotions could only dream of. In terms of legal viewership, the bout garnered over a million pay-per-view buys on YouTube, and has subsequently been viewed over 17 million times on its official channel. Promotional content from the participants and shoulder programming on the bout’s page has been viewed in the neighborhood of 150 million times.

On November 9, they’ll take the headgear off and compete in a sanctioned professional bout at the Staples Center in Los Angeles, promoted by Matchroom Sport and aired by DAZN. (Full disclosure: In addition to his roles as writer for this website and commentator for several outlets, the author freelances as a researcher and producer for DAZN.)

The reaction within the boxing public has mostly ranged from sarcastic indifference to absolute outrage. The arguments generally have been that allowing KSI and Paul to fight is a mockery of the sport, an affront to “real” professional boxers and a cheapening of the sacred process one must go through to become a pro fighter.

To make these arguments is to either admit that one doesn’t pay very much attention to boxing, or to be willfully ignorant about the realities of the sport one claims to love. Because put into context, KSI vs. Logan Paul is simply a very high profile, very profitable version of things that occur in the world of boxing every single week.

For one, KSI and Paul will absolutely not be the worst boxers to ever enter a professional boxing ring. Even if they haven’t improved one lick from their amateur bout, they are already better than many of the fighters appearing in gym shows in Latvia and Hungary, or high school gyms in West Virginia.

There are club shows globally every week featuring fighters of a very, very low skill level somewhere on the card, many of them woefully unprepared either because of a lack of desire, a lack of notice, or because they were offered enough money to not care about either. In many instances, such fighters are matched against fighters who do have some skill, offered up as cannon fodder, and put in a very dangerous situation. What’s problematic isn’t necessarily fighters of an objectively low skill level—unless they’re flat out unable to protect themselves—it’s fighters being placed in hideous mismatches or showing up physically unprepared for a dangerous and taxing event. In the case of the YouTube stars, they have each at least had one amateur bout (more than many professionals have had), and they are wealthy, physically fit human beings with the time and resources to take the bout and preparation for it seriously. 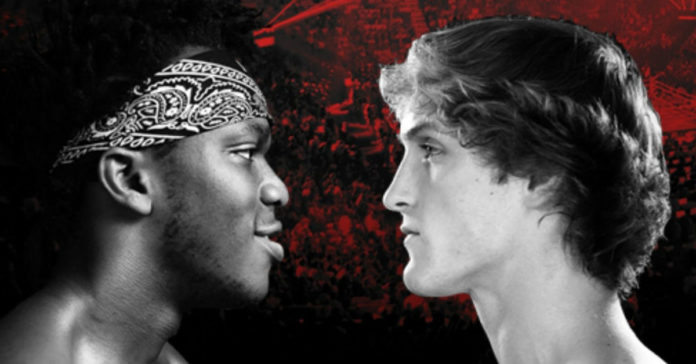 Some have also expressed sympathy for the elite fighters who must fight on the undercard of KSI and Paul. While it is unconventional, as boxing cards generally are arranged in ascending order of quality of bout, that’s certainly not an ironclad rule. Moreover, a reality of fight promotion is that pro debuts quite often buoy entire events, especially on the local level. Ask any promoter anywhere, and they’ll tell you pro debuts are a goldmine—everyone will buy a ticket to see their friend or family member do something for the first time, and nobody hustles harder to sell tickets than someone realizing their dream. The shows your favorite Uzbek prospect is marching towards a world title on are generally made possible because Johnny from Local 807, who isn’t very good and may never fight again after this fight, sold a thousand tickets.  Often times, promoters will place the local hero last on the card—not in the official main event, but as a “walkout bout”—to ensure the crowd stays in the arena and sees the rest of the card. In this case, Eddie Hearn is just being honest with his billing—KSI and Paul are who people are paying to see. And as for the fighters on their undercard, for the indignity of fighting beneath two vloggers, supposing their purses are commensurate with the gate/viewership/magnitude of the event, they’ll be compensated with more than they would if they headlined a show themselves.

In many ways, KSI vs. Logan Paul is similar to things we see all the time. However, the fact is that it is different. Both men are more recognizable and more popular than almost any active professional boxer, so concessions are obviously made, just as they are all the time in boxing for a variety of reasons related to popularity, power and influence. The idea that KSI and Paul are shattering the meritocracy that is the sport of boxing is intellectually dishonest.

At least in this case, the small concessions being made when it comes to standard boxing protocol are being made with the potential upside of introducing new viewers to the sport and some of its personalities. Many within boxing have voiced the opinion that the bout won’t attract any new boxing fans whatsoever. That pessimism can be understood and forgiven, because for those within boxing and who interact with it on a regular basis, it feels like we haven’t made any new fans in a long time. And in the instances when the sport explodes for one night due to megafights and does monster numbers, the extra folks buying those pay-per-views don’t seem to come back and watch ShoBox the next week.

Fair enough. But when megafights come around, the extra attention usually comes in the form of mainstream television segments, newspaper articles and magazine covers—forms of media that frankly, the younger demographic that KSI and Paul occupy, interact with less and less. For the past 10-15 years, the boxing industry has been fixated and trying to turn an older generation of fans that have moved away from the sport into regular viewers again. Viewership numbers for network fights typically bottom out in the region of 400,000 and top out around 1.2 million, suggesting the sport has hit a plateau—a profitable one, but a firm ceiling nonetheless, using traditional methods.

KSI vs. Paul is the first real attempt anyone in the sport has made to reach out to an actual new audience, one Paul has said is mainly between the ages of 18-24, but also skews much, much younger than that. A look around popular culture anecdotally suggests at least a surface-level interest in boxing. For one, the most popular YouTubers of the day are obsessed with boxing one another. But also, boxing continues to be the workout fad du jour—boutique cardio boxing studios with black lighting and lasers and pumping EDM music are opening up at a rapid rate across North America, and ClassPass, the world’s largest health club aggregator application, promotes boxing and yoga as its two primary fitness class offerings. It’s a depressingly defeatist attitude to suggest that inviting the general, younger audience to the table would produce absolutely zero new fans.

Other major sports, ones with bigger followings than boxing, have embraced younger audiences, and more specifically the YouTube and influencer culture with great success. The NBA recently launched its “Playmakers” program, which is effectively an aggregation of all of the biggest basketball and basketball-adjacent YouTube creators and social media personalities. It materializes in pickup games and skills competitions between the personalities which the league posts on its YouTube channel, while the personalities plug the league and league initiatives on their own accounts. Just as KSI and Paul are, the personalities on Playmakers are sub-elite players. Some, like AJ Lapray and Austin Mills, were NCAA ballers, but others are streetballers, or simply cool kids who can hoop a little bit. What all of them do have is a massive following, which leads to an important point. People are watching their videos daily knowing full-well they couldn’t step out and drop 40 points on LeBron James, or even make an NBA roster. And yet, the NBA is happy to let them play basketball, on film, on league-run YouTube channels and social media accounts, because the payoff is potentially getting their audience to click on or buy other NBA things.

On a smaller scale, popular football YouTuber “Deestoying” (Donald De La Haye), who was an NCAA kicker, signed on with the Toronto Argonauts of the Canadian Football League earlier this year. Within five weeks of his being on the practice squad, the club’s Instagram had jumped from 47,000 followers to 102,000.

In the case of the Playmakers, they aren’t being inserted into competition against the best athletes in the world, but neither are KSI or Logan Paul. They’re fighting on the same card as, reportedly, Devin Haney and Billy Joe Saunders, but they are not fighting Devin Haney and Billy Joe Saunders. They’re fighting one another. KSI and Paul’s fans are sentient beings who clearly know they are not elite boxers. But there’s room for that—particularly when they could bring, say, a million new subscribers to DAZN.

The worst case scenario is that DAZN gains a lot of new subscribers for just one month, every single one of them unsubscribes immediately, and gains no discerning interest in any fighters or the sport whatsoever and never watch another fight not involving KSI and Paul. Highly unlikely, but even that scenario is a nice economic boost for an outlet that houses many of the sport’s best fighters, and its aspiring stars. Any scenario better than that is a very positive step for the sport. Even if these viewers subscribe to DAZN for the other sports content it airs and not because they want to watch boxing regularly, their subscriptions still directly help boxing on DAZN, and as a result, the sport.

In any event, it’s about time boxing tests new waters. Because perhaps the tide KSI and Logan Paul will inevitably bring can help buoy the ship.

[QUOTE=Jax teller;20048241]"Can you explain how you can’t comprehend a f.ucking sentence? "... I didn't say thet you did say it was bad but you definitely implied it hence your little temper tantrum rant. You'd be an idiot or have some…

[QUOTE=R_Walken;20046830]Can you explain how you can’t comprehend a f.ucking sentence? I didn’t say it was bad / I just said it isn’t Good for the sport and to for a boxing writer to pretend like it should be embraced is…

[QUOTE=Boxing lives;20047188]Logan Paul is gonna knock out this YouTube guy and call out mayweather after the fight. It’s gonna be a big spectacle and all the people that bought the mcgregor fight will buy this Paul-May weather boxing show also.…

Honestly I have more respect for this fight than Mayweather fighting some kickboxer for 3 rounds. At the end of the day if it brings in more fans I’m all for it. I won’t watch it, but obviously people will…

Saunders vs Jacobs should be made