Boxing as a Uniting Force

Boxing is a universal force for good that can unite gender, race, religion and conflicting sides of a delicately-poised political argument.

That comes through loudly and clearly in the latest book by the brilliant Donald McRae.

Fight fans will be aware of McRae’s acclaimed boxing titles from Dark Trade and In Black and White to A Man’s World and his latest offering is no less riveting.

Set in the heart of the Troubles in Ireland, it features the life and times of the great trainer, Gerry Storey (whom, the book says, was sometimes called upon for advice by the likes of Angelo Dundee and Ray Arcel) and it sets the purity and honesty of boxing and hand-to-hand combat against the backdrop of a violent struggle prompted by a grim divide, with car bombs, random shootings and, of course, the now infamous hunger strike. 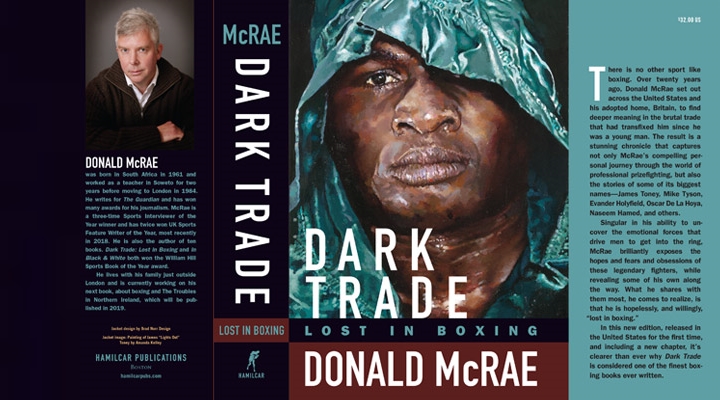 McRae deals with a traumatic time with tender care. He hides nothing, no drop of blood is left uncovered, but he’s sensitive to the whys, whats and ifs of the struggle. Violent men are seen just as men. Fighters are seen just as men, also. It’s far, far bigger than boxing, yet it is the sport that is the great leveller, the one aspect of their stark lives where everyone is on the same side, where everyone spills the same blood, where there is no pecking order and where agendas don’t make it beyond the front door of a boxing club and certainly nowhere near the ring.

If you were unaware of the sincerity of the Troubles and did not know that McRae was capable of unearthing such tales and writing so elegantly about them you would often think it was a work of fiction; how a boxing coach, meek in demeanour but big in respect, was capable of happily and openly training men on both sides – and with both sides grateful for his help. Some of it causes you to suspend belief, while always making you grateful we have this thing called boxing that can keep those who understand it bound together.

In Sunshine or in Shadow: How Boxing Brought Hope in the Troubles is simply brilliant. You feel touched by every page as you are taken on a crash course of modern Irish history - boxing and political - and the emotion of it all is shockingly magnetic. Whether it’s down to celebrating an underrated hero’s win on a small club show, yearning to taste a morsel of food as he describes the horrendous hunger strikes or shaking your head at the waste of life through the Troubles, the common denominator is the sport of boxing, the respect the fighters have, the respect fighters get, in fact, it’s almost entirely built on that...

Sure, the book’s quiet star Storey might have been able to look after himself and never suffered fools but it was his easy way and kindness that earned him friends on each side of a bloody divide. While other sports had to take cover because they pitted rival teams against one another and politics became involved, boxing, through a small cast of wonderful prizefighters and gentlemen, stood proudly, a sporting flag that Republicans and Protestants were proud to wave.

Boxing is unique in that so often it draws people together. It doesn’t just lift individuals up by their bootstraps, gives them a second chance, a way out or a better shot at being a something or a someone. It can truly unite. There’s a respect in combat that you just don’t get in other sports and if you refuse to understand that then you will never know what it’s like to be involved.

We all want the same thing, skilful matches with evenly paired opponents. We might not always get it but we are hungry for it. We want sporting contests, executed with talent, speed, strength and power that an individual has spent a lifetime honing and harnessing. And when the match is made and the fighters stand there, we often feel the same thing.

Yes, Andy Ruiz may have stuck a stick of TNT in the heavyweight division but who wasn’t happy for him?

Who wasn’t pleased again to see how, through boxing and a second chance, Tyson Fury was allowed to light up Sin City?

Who didn’t want Josh Warrington-Kid Galahad to spark into life while simultaneously wishing it could be over? Who wasn’t out of their seat watching Steven Ward’s thrilling win over Liam Conroy on Friday? And in Belfast’s great Ulster Hall, of all places.

Of course, it’s not just about the emotions of a fight. It’s about a haven in the community where you know you will be treated fairly, equally and with respect as soon as you walk through the door because the people inside are all craving the same things, fairness, equality and respect.

There have and always be abolitionists but boxing has an unspeakable power to bring people together. It’s not just a way of taking street kids and covering them in bling. It’s not even just a way at giving them a shot in life. Boxing provides respite in war zones, escapism in troubles, reprieve in madness and solace from shackles. There are no racial or religious divides in boxing, even though the sport used to toil through them regardless.

But that’s for another day.

[QUOTE=Zaroku;19856042]He postulated 10 dimensions of reality, length, width, height, and time, being knowable, 6 dimensions, unknowable. Parallel universes, string theory, etc. He came up with these theories in the 13th century AD, using only the Torah. Jewish people say, from…

[QUOTE=Verus;19855743]Of course, I would expect to see the names of Fourier, Laplace, Lagrange, and Reimann brought up frequently on this site, but Moses Maimonides? No entyendo.[/QUOTE] He postulated 10 dimensions of reality, length, width, height, and time, being knowable, 6…

Will you pu$$ys get a room