A Boxing-Search Offense is The Best Virus Defense

OK, raise your hand if you’ve ever lived through something like this.

If you hadn’t noticed, beyond a middling UFC card in front of an empty Brazilian arena last Saturday night, the sporting landscape has been pretty much void of live-action competition for a few days now.

It’s driven the local sports talk radio station to fill time discussing the best scenarios in which to pound a few beers – incidentally, where was I when “shower beer” became a thing? – and prompted the local TV affiliates to treat the vote on the NFL’s collective bargaining agreement like a Super Bowl.

As for boxing fans like myself, let’s just say my Googling skills have been honed to expert level.

A few sniffles as I watched both the Gerald McClellan-Nigel Benn fight from 25 years ago and a fine documentary – “Fallen Soldier” – that highlighted a tear-jerking reunion between he and Benn.

Anything to bide time between trips to the store to dodge morons and watch shelves empty.

But now that I’m back in the house and back in control of the remote, it’s time to get serious.

If this thing is going to persist for as long as experts suggest, we’re going to have to have supplies.

“And to bolster the eternal debate,” he said, “Hagler vs. Leonard.”

He’s right, the “who really won” arguments alone will take a day or two afterward.

Anyway, that leaves me to a list of more under-the-radar fights and programs that’ll substitute for the real thing until the powers-that-be indicate that the real thing is once again permissible in real time.

So, without further ado… here are a few quick suggestions to ride the storm out until it’s old news.

Or at least until we have something else to talk about next week.

“Assault in the Ring”: If you don’t know anything about the mid-1983 bout between Luis Resto and Billy Collins Jr., do some basic background research. And if you haven’t seen the follow-up documentary released in 2008 that detailed Resto’s post-prison quest to both seek forgiveness from the Collins family and an admission of complicity from trainer Panama Lewis, do yourself a favor. Take my word, it’ll make you sad and it’ll make you angry at the same time.

“Robbed”: Almost every fan of a certain age knows about the controversial third fight between Muhammad Ali and 1970s nemesis Ken Norton, which took place at Yankee Stadium in September 1976. What many of those same fans might not know, though, is the chaotic atmosphere around the stadium on fight night – thanks to a New York Police Department strike – and the danger it created for those attending the fight as fans, judges and media members. A compelling snapshot.

“Muhammad and Larry”: It’ll be 40 years ago this fall since a crime was committed against the best heavyweight who ever lived. This “30 for 30” program shed light on Ali’s condition as the fight with Larry Holmes approached -- with several members of his entourage admitting he'd shown decline long before reaching the ring. Suffice to say, given that Ali hadn't fought in two years, there's zero excuse for Holmes having landed anything more than a fight-night handshake. Prepare to seethe. 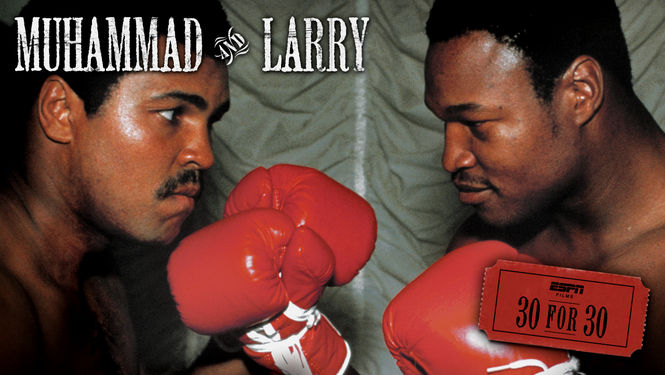 Wilfredo Gomez vs. Lupe Pintor: Every now and then, an undercard bout steals the show. This was one of those times. Though the headliner between Hearns and Wilfred Benitez is memorable because of its principals and the fact that a title changed hands – the last run-up bout for the WBC’s 122-pound strap not only featured a Ring Magazine “Round of the Year” winner, but an overall scrap that was labeled the most memorable Mexico-Puerto Rico showdown ever by ESPN.com writer Graham Houston.

Gene Hatcher vs. Johnny Bumphus: A forgotten stunner that was named Ring’s “Upset of the Year” for 1984, this one made some headlines again last month when Bumphus, the first champion promoted by Main Events, died at age 59. He faced the rugged Hatcher in his first defense of the WBA’s super lightweight belt, on the undercard of Ray Mancini’s initial match with Livingstone Bramble at Memorial Auditorium in Buffalo, N.Y. If the fight doesn’t do it for you, Lou Duva’s post-fight reaction might.

Dwight Braxton vs. Matthew Saad Muhammad I: Because he changed his name, fought 35 more times and came up short against Michael Spinks, Holyfield and George Foreman, people sometimes forget what a fearsome machine the “Camden Buzzsaw” was during his rise to championship status at light heavyweight. He reached the title plateau in December 1981 against Matthew Saad Muhammad, a darling of Saturday afternoon TV making his ninth WBC defense. Poor Matt never stood a chance.

Salvador Sanchez vs. Azumah Nelson: He’s been dead 15 years longer than he lived, but for anyone who was alive during the all-too-brief prime of the WBC featherweight champ, punching up one of his fights for another watch is never too tall a task. And when it comes to what turned out to be his finale – only 22 days before the car crash that killed him – it’s a double bonus because the opponent was a then-unknown Nelson, who went on to win 18 title fights and hold belts at both 126 and 130 pounds.

Thank you Lyle Fitzsimmons, for the educational article. Those types of article help one mind and the same time the suggestions are great. There are a great collections of fights to revisit. :boxing:

[QUOTE=NachoMan;20467345]Re-watched Mosley-Margarito twice the other week from the DAZN archive. Can't go wrong with that one. Such a satisfying bully beat-down by a 37-yr old Sugar Shane. Keep the remote in hand because that's one to wear out the rewind…

Maybe now all the little geeks to have come to boxing because of Eddie Hearn and have ZERO knowledge of guys like Zale, Graziano, Greb, Langford, Fullmer, Tiger, Dempsey, Moran, Baer, Louis, etc etc etc will get an education about…

[QUOTE=aboutfkntime;20467230]good one Lyle ! maybe time to rewatch Gatti/Ward I or will I save that one for laterz ah Toney/Jirov it is or Pac/Morales I ? no, wait...[B] Mosley/Margarito.[/B].. yea thats it. thats what Im in the mood for[/QUOTE] Re-watched…