Boxing Will Be Back, But How Much Will It Cost?

For now, the fighting is for headlines.

Boxing’s biggest names are in a competition to keep their names present and it’s the smart thing to do. The announcement of moving dates, or call outs for fights to be, serve to remind fans where the sport’s status quo left off and that it will be back.

The length of the interruptions from the global response to COVID-19 could go a long way toward defining what boxing looks like when it does. While relatively speaking there have been worse interruptions (World War II put several champions on ice for years), we live in a time where top-level fighters make all their income in often only one or two appearances per year.

And the calendar keeps ticking on older stars.

Consider a fighter like Manny Pacquiao. Already 41 now, and absent since a July 2019 victory over Keih Thurman, if boxing doesn’t resume in a major way until mid-summer or later, he might not see action again until he’s nearer to 42. His window for another major victory or two will only be narrowed by forced inactivity.

This could result in some positives. Fighters who haven’t gone to scratch yet in 2020, or who have already appeared a single time, may be incentivized to make bigger fights. Promoters and networks surely could as well in an effort to jump start fan interest.

If that’s the case, the question for fans should be how much the sport will cost going forward.

For fans who have maintained subscriptions to ESPN+ and DAZN, the answer might be it costs as much as it ever did initially. DAZN was already flirting with increases before the pause and may move that direction quicker now. Fans who signed up for a full-year will be spared those markups right out of the gate.

Fans of boxing are already accustomed to being asked to spend more, and more regularly, than is the case in most other sports. The Super Bowl is free.

The NBA Finals is free.

The college football playoff relies on only basic cable with plenty.

In the US, outside of the cards on network television right now, nothing in boxing is free. ESPN is a pricey piece of basic cable before the ESPN+ juicer tacks on. FS1 is cable basic while Showtime is a premium outlet. Boxing is only an element of programming for those outlets so any cost increases will be part of a bigger picture. 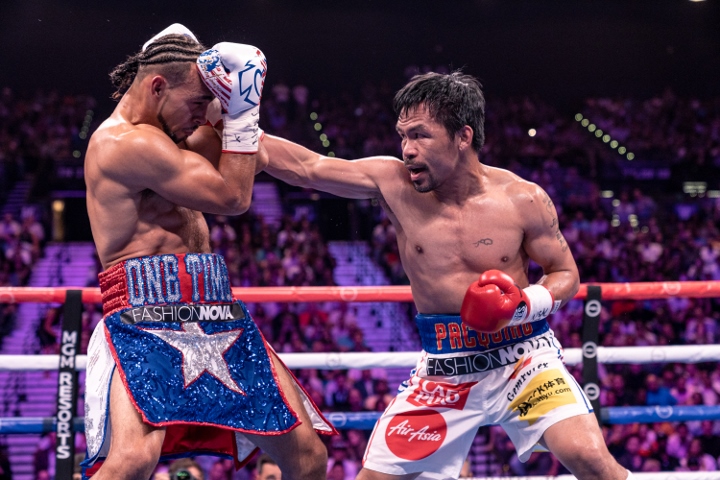 It doesn’t mean we can’t expect an overall increase for boxing fandom. As boxing’s fan base in the US has shrunk over a period of decades, it has never gotten less expensive. The inverse is true. Boxing, decentralized as it is, has proven from event to event as willing to go with a declining fanbase willing to pay more.

Pay-per-view has already grown to a regular area of $70-80 dollars in general. We’ve seen a real investment in the sport from major players Fox and ESPN in the last couple years, filling the void left by the exit of HBO. Their play has still been to eventually cash in with mega-events. Having lost months on that investment, one should consider the likelihood of more and not less pay-per-view through the remainder of 2020.

To date, only certain superfights have dared to go higher in price with Floyd Mayweather’s bouts with Manny Pacquiao and Conor McGregor landing at record price tags.

A lot of the boxing fan base is going to be hurt by the economic ramifications of the shutdown. Even if action resumes, gates can be anticipated to be smaller for several reasons. Crowd masses won’t likely be safe for some time. Whether that means spacing seating differently or people just not trying their luck, crowd attendance will be affected.

This is before one even considers the number of people who won’t have disposable income for live event tickets as they struggle with lagged bills, unemployment, or simple changes in habit brought on by the fallout from COVID-19.

That means boxing will likely have to look to home purchase to make up the shortfalls. Maybe prices will remain stable at where they were. It’s just as fair to think, even if only in increases of $5 here or $10 there, with more bouts on pay-per-view, those whose incomes are less affected could be more called upon to keep the sport’s biggest stars paid at the levels they desire.

Boxing has never found out what the exact break point is between the inverse of less fans and more cost. Maybe it never will. This could be a moment where we see it tested.

[QUOTE=ddeg10;20506506]Boxing PPV's are over, the model is broken. Subscriptions are the way, not $60-70-$80 PPV's. People will just stream it. Now is the time promoters should be investing heavily into figuring this out. Times have changed and boxing needs to…

Boxing PPV's are over, the model is broken. Subscriptions are the way, not $60-70-$80 PPV's. People will just stream it. Now is the time promoters should be investing heavily into figuring this out. Times have changed and boxing needs to…

[QUOTE=Oldskoolg;20506366]“You got the touch, you got the power!”[/QUOTE] YeeAAAAHHhH!!!!! dun DUN DUN dun After all is said and done You’ve never walked, you’ve never run. You’re a winner Lol