Boxer On Life Support After Suffering Knockout Loss in France

The fight ended in the eighth and final round.

Referee Christophe Fernandez tells L´Equipe that Khutuashvili hit his head on the canvas as he fell and the count was stopped at "3" to allow the ringside physician to tend to Khuatashvili.

There was apparently also a wait for the ambulance to arrive.

This morning (June 9), the word from France is that Khutashvili is in critical condition and on life support machines.

In the main event on this show Andrew Francillette, 21-1-1, stopped Emanuele Della Rosa, 37-4-1, in the ninth to win the vacant WBA Intercontinental title. 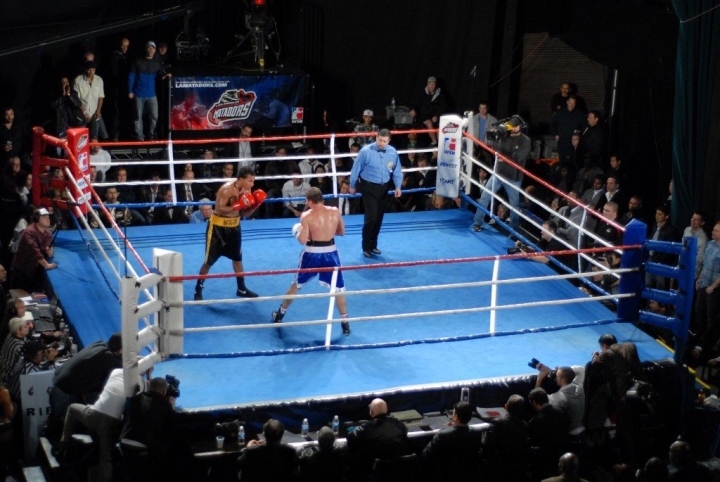 IN OTHER NEWS: Overcoming adversity is something many people deal with throughout their lives, and it makes that person who they are. For Keyshawn Davis, he has been overcoming adversity from the beginning, and he is now on his way to the top of the boxing world.

Davis began boxing when he was just nine-years-old, after his mother took him and two of his brothers to the gym. They were constantly fighting each other and fighting in school. After about an hour of watching two kids around his age spar his mother asked if they wanted to sign up. The next day Keyshawn and his two brothers were in the gym training.

Since then, Davis has won numerous titles and is now on his first elite high-performance squad following his win at the 2017 USA Boxing National Championships. Following that win, he has made Colorado Springs, Colo. a second home, as he spends a great deal of his time training at the United States Olympic Training Center.

Training for his first year at the elite level began with one of the largest multi-nation training camps USA Boxing has ever hosted. Davis got the opportunity to spar with not only his American teammates, but boxers from Great Britain, New Zealand and Poland. The preparation led to one of his proudest moments of his young career, his first elite international tournament and title at the Strandja Tournament in Bulgaria.

Now the goal is to continue training and being successful at the international level. He has hopes of becoming an Olympic Champion in 2020 and being able to give back to his family.

Everyone that supports boxing is responsible for this.

I thought we learned from incidents with Mago, Greg Page etc etc. Keep an ambulance on hand, close by. Geez, how hard is it to learn from mistakes? May the Lord be with this man and allow him to pull…

who puts on show with no ambulance present only retards i even have a non decision bouts yet have an ambulance.

Hopefully this brave man will pull through......all our best wishes .