Boschiero Decisions Farouk Kourbanov For The EU Title in Italy

OPI Since 82 (Salvatore, Alessandro and Christian Cherchi) promoted the show with Sportitalia televised live in Italy and Fightklub in Poland. 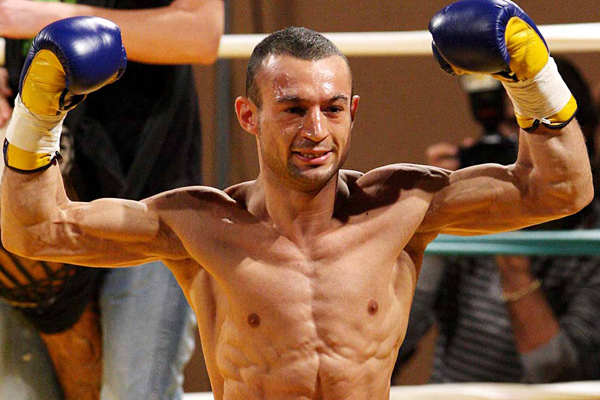 IN OTHER NEWS:  Emil Markic from Croatia didn't leave an even fight in the hands of the judges as he stopped Germany´s Denis Liebau in round eleven to win the vacant World Boxing Federation (WBF) World Light Heavyweight title on Saturday night, May 19, at the Bossard Arena in Zug, Switzerland.

Perfectly placed body shots to first the solar plexus and then the liver did the job for Markic, as he send Liebau down hard. The German beat the count of referee Ernst Salzgeber, but was not able to continue and the fight was stopped at 2:40 of the round.

At the time of the stoppage Markic was ahead on one scorecard by 97-93 (Judge Smail Alithouche), while another had Liebau ahead by 96-94 (Judge Beat Hausammann) and the third was all even at 95-95 (Judge Thomas Walser).

In front of over 3000 spectators, the new WBF World Light Heavyweight improved his professional record to 28-2 (23), and Liebau lost for only the second time in his career as he falls to 23-2 (21). The fight was promoted by Diego Baldelli and Tallos Gym.

On Friday, May 18, the 2018 Gauteng Boxing Champions Challenge took place at the Sandton Convention Centre in Johannesburg, South Africa, headlined by a fight for the vacant WBF Intercontinental Lightweight title between Prince Dlomo and Gabriel Imalwa.