COSMOPOLITAN, LAS VEGAS - Bob Arum expects the Deontay Wilder-Tyson Fury rematch to do big numbers.  So big in fact that he previously told BoxingScene.com that he believes the fight can do 2 million pay-per-view buys.

The first fight which took place in December ended in controversy.

Fury out boxed Wilder for large portions of the fight but Wilder was able to salvage a split draw behind two knockdowns. Now that they are fighting again, experts are divided on who they believe will come out with the victory. 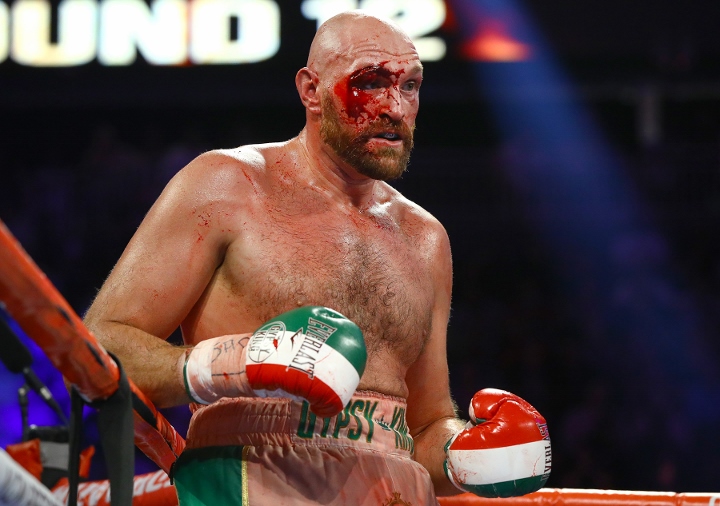 Both fighters have dynamic personalities and the Top Rank CEO believes that will also play a key role in the success of the pay-per-view that is scheduled for February 22nd and will be distributed by both FOX and ESPN.

"They will play off each other. That is why people are fascinated because no matter how far ahead Tyson gets in the fight people will be looking to see if Wilder can land the one punch. It will be a real great event," Arum told BoxingScene.com and a small group of reporters after the Oscar Valdez-Andres Gutierrez weigh in on Friday.

Fury last fought in September when he defeated Otto Wallin by unanimous decision in Las Vegas.  However, he suffered a bad cut over his right eye in the 2nd round which many believed would force the Wilder rematch to be postponed.

Arum said that there are no concerns and that Fury's eye is already 100% healed.

"I saw him when he was getting ready for the WWE show and everything had been healed. He had great care with a plastic surgeon here and then when he went back to the UK, the leading plastic surgeon in the UK took care of him and you don't see anything now. It is completely healed," said Arum.

As for the venue, Arum said, "It is not for sure yet but we hope that it will be a the MGM Grand."

[QUOTE=lefthooklead;20224392]With all the repeated left hooks and jabs he will be landing on Fury's right eye..just like last time...sure.[/QUOTE] Oh Yea like the left hook that laid him on his back,, He will run to the UFC like a coward…

[QUOTE=Califire209;20223821]Whatever it takes to get Fury in the Ring, that cut will be ripped wide open by the fourth round[/QUOTE] With all the repeated left hooks and jabs he will be landing on Fury's right eye..just like last time...sure.

Whatever it takes to get Fury in the Ring, that cut will be ripped wide open by the fourth round