Top Rank's CEO Bob Arum was pleased with what he saw last Saturday night, when Felix 'Diamante' Verdejo won a ten round unanimous decision over Bryan Vasquez, which took place on the pay-per-view undercard to Terence Crawford-Amir Khan at Madison Square Garden in New York City.

Verdejo improved to 25-1 and got his second straight victory after his first loss in 2018. 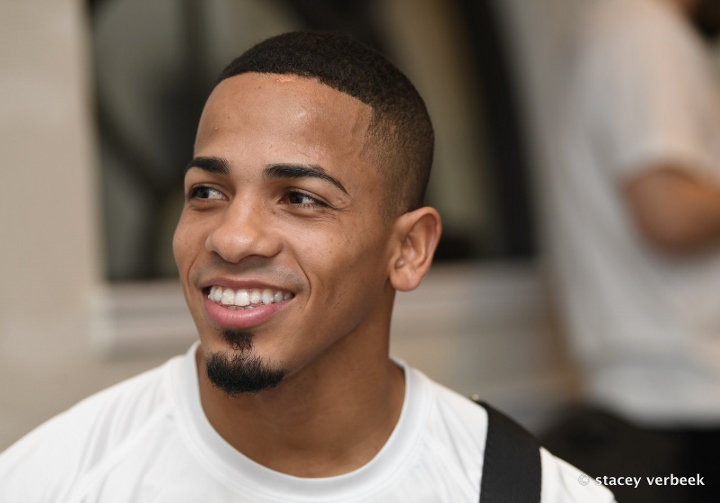 Arum pointed out that he saw improvements in Verdejo's stamina, which was the focus during the fight. And also praised the work done by veteran coach Evangelista Cotto to keep his fighter technically straight and focused.

"I saw a great improvement. I'm happy to see how he did it. He will continue to improve," said Arum to Fernando Reyes. "He's not ready. He has a way to go. Evangelista Cotto has been a great, great influence. Verdejo is on the way to bigger events in the coming years.

"He had stamina with his jab. While he kept throwing the jab, Vásquez could not find an answer. When he forgot the jab, the rounds were more close. He has a great jab and he has to use it. Evangelista keeps him focused and keeps him technically correct. Verdejo needs someone like that. Ricky Marquez is a great coach, but Evangelista is more scientific in boxing

Verdejo ended the fight with a cut on the left cheekbone, created in the fourth round by an accidental clash of heads. It did not have major consequences.

He is expected to return in the summer, and Arum says a rematch against the Mexican slugger Antonio Lozada, who stopped Verdejo last March, was a possibility.

"Lozada is a possibility," Arum said.

Arum just saying that because he's invested in Verdejo and needs opponents for Lomachenko. Verdejo's own trainer said he didn't like how he fought Saturday.