The 29-year-old Bivol has 17 victories, no defeats and 11 knockouts. The Russian boxer last fought in October in Chicago, when he dropped and dominated Lenin Castillo from the Dominican Republic for a one-sided twelve round unanimous decision.

It was the second win of the year for Bivol, who picked up a lopsided twelve round decision over Joe Smith in March. 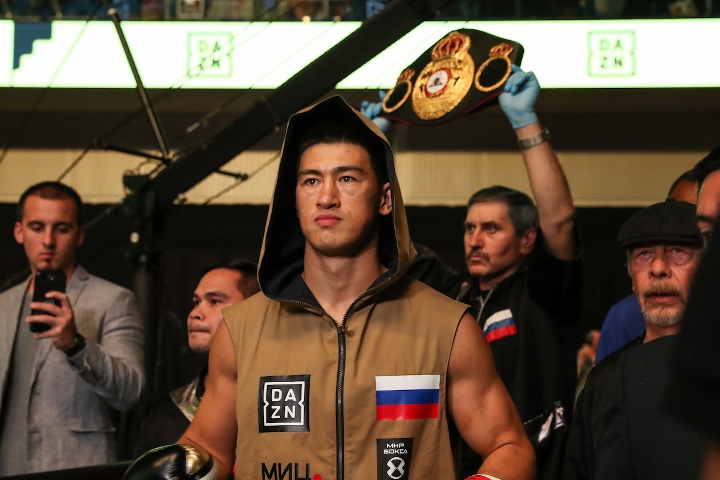 The 28-year-old Ramirez, who has a record of 40-0 with 26 knockouts, has been out of the ring since April of last year.

Ramirez was the former WBO super middleweight champion. He dropped the title to make a move to 175-pounds last year. So far he's had a single fight in the weight class, gaining a stoppage victory over Tommy Karpency last year.

Ramirez, due to the WBO rules, is now the mandatory challenger to their world title at light heavyweight. The world champion was Canelo Alvarez, who knocked out Sergey Kovalev in November to win the belt. Canelo has since vacated the title and plans to move back down in weight.

Bivol is coming back in the coming months, according to his management.

“We hope that Bivol’s next fight will take place in March or April. Ideally, it would be nice to meet with Gilberto Ramirez in the next match. Obviously, this fight is interesting for both television and the boxing public,” Kornilov said to Vasiliy Konov.

Needs to step up and fight Beterbiev

Ramirez won't take that fight because he can fight some stiff for the vacant WBO belt later. Bivol beats the tall clumsy Mexican up anyway.

Bivol vs Ramirez will happen but not next for either one. Why eliminate 2 of three events to unify two belts? That's from the promoters point of view. I would guess.. With WBO belt open there is one title fight.…

[QUOTE=pittapatta66;20324875]indeed, why im not opposed to this tbh. if it were a standard title defense id call it a cherrypick given ramirez only just dipped his toes into lhw[/QUOTE] Will take some work to get Bivol the fight. Zurdo is…

[QUOTE=_Rexy_;20324866]And then Bivol/Beterbiev is for everything[/QUOTE] indeed, why im not opposed to this tbh. if it were a standard title defense id call it a cherrypick given ramirez only just dipped his toes into lhw