Tommy Fury made a solid start to his professional campaign.

The 19-year-old was in action at Manchester Arena on Saturday night. 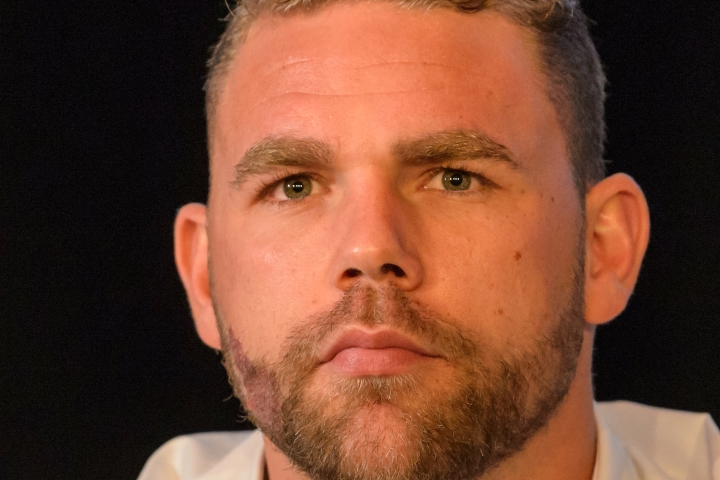 And after securing his debut win in the squared circle under the tutelage of Ricky Hatton and Mike Jackson, with a points margin of 40 points to 36, the youngster will be back in the ring on February 23 at the Morningside Arena in Leicester, as part of the supporting cast to Sam Bowen’s rescheduled British super-featherweight title defence against Ronnie Clark.

Meanwhile, Billy Joe Saunders ended a nightmare year on a high as he got a win over Charles Adamu.

The former WBO world middleweight king, 29, faced Ghanaian former Olympic bronze medal winner over six rounds and, after securing a retirement win at the end of the fourth round, will be looking to reclaim a global honour in the new year having lost it earlier this year over a failed drugs test for a nasal spray.

And there were wins for Harvey Horn, Troy Williamson and a fourth-round stoppage for Lyndon Arthur.

Talk about a fall from grace. BJS, only a month ago declared the third best MW in the world, fought a 41-year-old with 13 losses and couldn't even put him away. Now, if he can do a Fury and get…

Was it always planned to be only a six rounder?

6 rounds!!! What!!!! Hahahahahahahahahahaha! Some middleweight “king” lol what a dull kunt. No punch power, looks good against the lesser and all you pikey lovers think this scum bag is top boy......in a 6 rounder!!! Caneloand triple G would be…

Good to see Saunders back at it. BJS in top shape will give any MW a go of it. Wouldn't mind seeing him or Jacobs vs GGG for his comeback fight.... that is if he does decide to return. Maybe…