WBO super middleweight champion Billy Joe Saunders admits that his poor dieting skills, between fights, could cost him one day.

On Friday, Saunders will enter the ring for the first time in 13 months - when he defends the title against veteran Martin Murray. 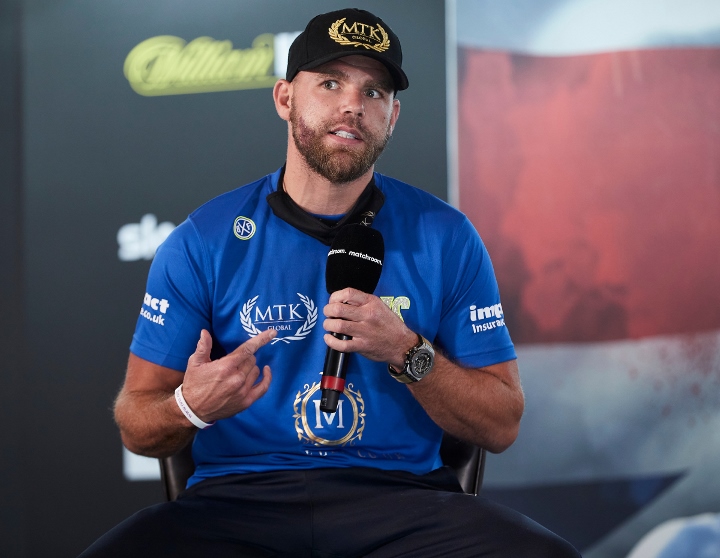 Martin, 38-years-old, has come up short in in four prior world title challenges - but an argument can be made that he did enough to win at least two of those encounters.

Saunders is no stranger to blowing up in weight between fights. To avoid the potential for in-ring disaster in the future, he wants to change his ways.

"Martin is obviously a good family man and he lives the life outside the gym probably better than me – maybe that makes it more equal. I go up (in weight) like a fat pig so he's in camp training all the time while I'm sitting back eating cakes, then I get a phone call saying this is what you’re getting, go to camp and train and fight," Saunders revealed.

The goal for Saunders is to secure a major fight at the weight - and his sights are set on the winner of the upcoming clash between WBA champion Callum Smith and Mexican superstar Saul "Canelo" Alvarez, which takes place on December 19 in Texas.

To even enter the conversation for the winner, Saunders must impress against Murray. Saunders' last two performances were lackluster and he can't afford another mid-tier showcase.

"I don’t put pressure on myself, but obviously if I’m chasing the winner of Callum Smith and Canelo, I know I’ve got to do something that no one’s done – I have to shine against Martin Murray," Saunders said.

BJS throwing the chicken whilst getting chased out of nando's by the racist c*nt deontay wilder was one of the funniest things we've seen.

I actually like him more now than before those comments. Not sure what that says about me....

Finally realising what we’ve all known for 10 yrs, you have to admire fury for just about nipping his decline in the bud before it was to late but this guy I’m not so sure ..

[QUOTE=MED_1978;20924471]I eat cakes every day but it doesn't effect my weight at all, in fact i eat what I like and pretty much remain the same weight. The key is not what you eat but the quantity. I mean if…