The 33 year old can count on a 15 year and 52-fight pro career for experience.

Like the Bolton wonder, ‘Billy the Kid’ commenced his career in the lighter categories -fighting eight world championship fights between 126-130lbs – and is effectively jumping up three weight categories to challenge Khan. No problem, he insists.

"When I landed in Saudi at the end of June, I was already in great shape," claims Dib who enters after a spectacular first round knockout victory in late April and whose only loss in his last eight was an IBF world title tilt at Tevin Farmer last August. 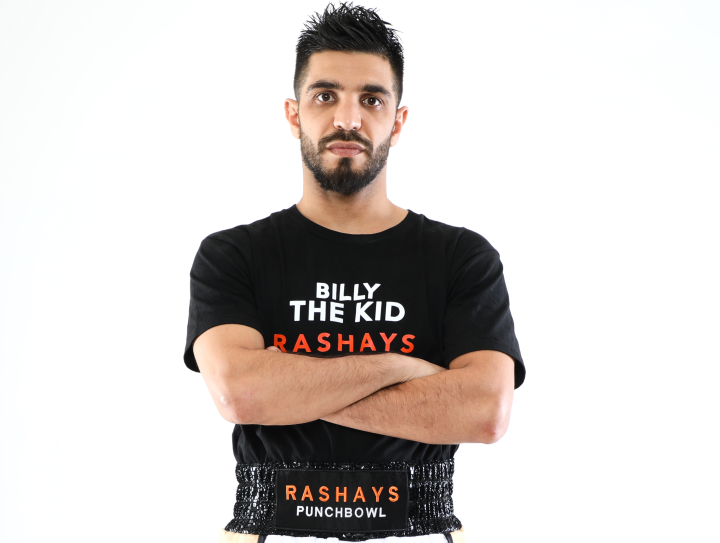 A triple national amateur champion, bustling Billy represented Oz at the World Juniors and Seniors (Cuba 2002 and Thailand 2003 respectively) and has previously starred as a pro in Britain, the US (ten times), Macau, Japan and Thailand. However, this will be his debut in the region of his ancestry.

"I’m super, super excited to finally fight in the Middle East. It’s always been a mystery to me why boxing has been so slow to take off in the area,’ he says.

And he’s galvanised to deliver a career best showing.

‘If I don’t bring my absolute A game, I’ll get exposed," Dib concedes.

"Amir’s a super-fast starter and brings amazing hand speed but once my eye is gauged to that speed, I’ll sort out the game plan. Sometimes that speed works against Amir. The times he’s been kayoed, have been when he gets carried away and becomes reckless. I may not be a one punch ‘lights out’ fighter but I’ve certainly got the power to inflict damage.

"I expect it to be a stylish fight rather than a war. Amir’s the naturally bigger man so I’ll need to box out of my skin, like I did in the amateurs. I win because I’m the more intelligent fighter. In past fights, I’ve proved I can be a mover, a boxer, a puncher. I can diversify. The only way I win is to lay him out. I’m gonna ice him!"

[QUOTE=Casualfanforyou;19911710][QUOTE=Jab jab boom;19886067]your assumption is foolish but unfortunately due to your obvious cowardly nature, proving otherwise isn't likely.[/QUOTE I’ll embarrass you right in front of your overweight woman and kid.[/QUOTE] it took you about 2 weeks to come up with…

[QUOTE=Jab jab boom;19886067]your assumption is foolish but unfortunately due to your obvious cowardly nature, proving otherwise isn't likely.[/QUOTE I’ll embarrass you right in front of your overweight woman and kid.

[QUOTE=The Problem;19885779]Its pretty clear to me that YDKSAB[/QUOTE] Clear to me too sweetheart, ssshhhhh go to sleep little one.

Khan may not be top shelf material anymore, but he'll have no issues out speeding and maybe even stopping Dib. Won't even be close IMO.

Dib was chosen because he is easy and no risk. I doubt he can do anything else.