Billy Dib: Major Decline In Amir Khan; He Only Fights For Money!

Billy Dib wouldn’t have agreed to move up two weight classes to fight an elite welterweight.

“Put it this way – you’d have to offer me a ridiculous amount, well into eight figures, to step in the ring with Manny Pacquiao,” Dib stated. “But Amir Khan certainly isn’t Manny Pacquiao. Amir definitely was a great champion, a proven warrior who’s made his mark on the game. He could be a future Hall-of-Famer and in time, I hope the boxing world will fully appreciate his skill set.

“But in the past few years, there’s been a major decline. A lot of chinks have emerged. He’s no longer the fighter who schooled the likes of Devon Alexander and Marcos Maidana. Today he’s fighting for different reasons … money!” 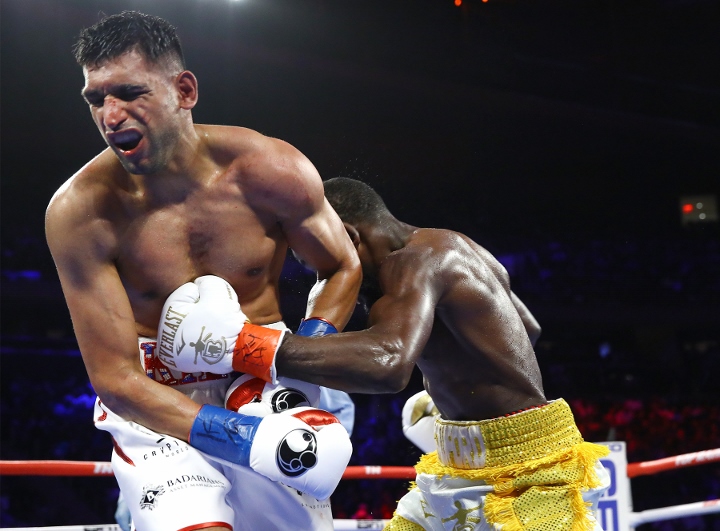 Khan made a $5 million guarantee to face Terence Crawford on April 20 at Madison Square Garden. The WBO welterweight champion was beating Khan easily before Khan claimed he couldn’t continue in the sixth round after Crawford landed what was ruled an accidental low blow.

England’s Khan quickly accepted another seven-figure purse to battle India’s Goyat in a fight Khan would’ve been heavily favored to win. Goyat suffered head, face and arm injuries in a car accident June 25, however, and was forced to withdraw from the Khan fight June 26.

Dib retired following his one-sided, unanimous-decision defeat to IBF 130-pound champion Tevin Farmer 11 months ago. He changed his mind and resumed his career as a lightweight early this year.

Dib will make his welterweight debut against Khan, who has fought at 147 pounds or higher for the past five years.

“For the first time in my boxing career, I’ve not needed to worry about my weight,” Dib said. “I’ll be far stronger, more thickset and hopefully carry my speed up, cuz I’m quick, too.

“Everybody knows I’m a quality body puncher and I’ll be bringing even more strength and power. I’ll definitely test Khan. I really fancy my chances.”

[QUOTE=Roberto Vasquez;19893472]What if Khan had hit Crawford with a low blow like that? He would have been DQ'd. Khan wasn't in any trouble that round as far as I remember. Khan isn't serious about boxing anymore. He hasn't been for…

Hey Billy, Khan found you for a reason. You don't stand any chance. Consider yourself a Phil Lo Greco type guy. The world is pulling for you to end the cu nt but we all know it ain't gonna happen.

[QUOTE=RossW;19888201]Crawford dropped him and beat him up... let’s not pretend the low blow lost Khan the fight![/QUOTE] What if Khan had hit Crawford with a low blow like that? He would have been DQ'd. Khan wasn't in any trouble that…

Khan a grade A joke...but what i hate most is how he avoided 147 and took suicide fights when he coulda made 147 more interesting with fights vs DSG, Porter, even Berto. But he just became the boxing pinhata