“I’m fighting Rey Juntilla (23 wins – 8 loss) from the Philippines. I haven’t really watched much footage on him at this stage. I have faith in my abilities as well as my management team in Tony Tolj and my dad and who they put in front of me. I’ve been told he’s durable and will give me the rounds I need to keep moving up the ranks.” – States Dib 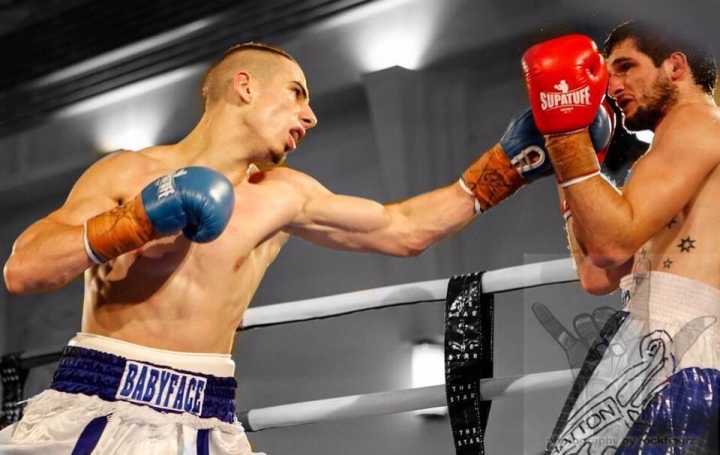 Dib will fight for the second time under World renowned trainer of Champions Angelo “H” Hyder of Australia. Hyder known for being the head trainer of Danny Green and Vic Darchinyan and the chief second of WBA Fighter of the decade Chris “The Dragon” John

“I love every minute of training with Angelo. Not only is he a good man, but his knowledge is unbelievable. He isn’t a trainer, he is a teacher and that’s what is lacking in modern boxing. Im learning more and every every day, you can never stop learning in this game and I’m only getting better.”

“Baby Face” has endured a brutal training regime to get his opportunity of boxing immortality by edging close to a World title shot.

Just like my last camp, training has been second to none. Sparring is great, we have great sparring in our team, Moloney twins, (Jason and Andrew Moloney) Bruno Vifuaviwili (Tanzanian) and also our new team mate Furkan who is going to do big things in the sport. I’m working hard day in and day out to become world champion.

It’s an honour to be apart of the WBA, the WBA has been around since the days of Muhammad Ali, when I’m crowned WBA world champion God willing, my name will be up there with the greats”

“Cancio shocked me like he shocked the rest of the world. I think it’s time for Machado to move up a weight division. Cancio looked great but if he wants to keep that belt he needs to stay far away from me.”

Manager Tony Tolj gave his take on the March 30 Promotion and his plans for Dib going forward.  “We have a great card full of WBA title fights that include WBA World #3 Jason “The Smooth” One defending his WBA Oceania Title and “The Captain Kerry Foley contesting WBA & WBC regional titles in our block buster card as well as a stacked undercard as part of our Boxing Mania 5 event.

“It’s going to be a massive event, and Billel Dib is looking like a new fighter he has elevated in ring knowledge and dedication to new level and I’m confident on him making a statement on March 30 and Andrew Cancio and the WBA Super Featherweight, don’t let the “Baby Face” fool you, this man is ready!”

Tickets available on Monday from megatix.com.au

[QUOTE=infestacide;19505443]Different fighter you muppet[/QUOTE] Easiest mistake ever. Surely they're related.

LOL Billy Dib retired after Tevin Farmer spanked him now he's back better than ever? I don't think so.

Faded wins on the works again.:wtf1::damnit1::bigeyes:

Cancio is in a great spot. He can fight his mandatory which is Rene Alvarado who is rugged but Cancio actually already knocked him out a few years ago. If he puts off his mandatory here are some fights he…