Artur Beterbiev landed harder punches all night and eventually wore down Oleksandr Gvozdyk. Beterbiev had a 49-8 edge in power landed in last two rounds and landed 40% of his power shots in the fight. Gvozdyk threw 260 jabs, but landed less than 10%. 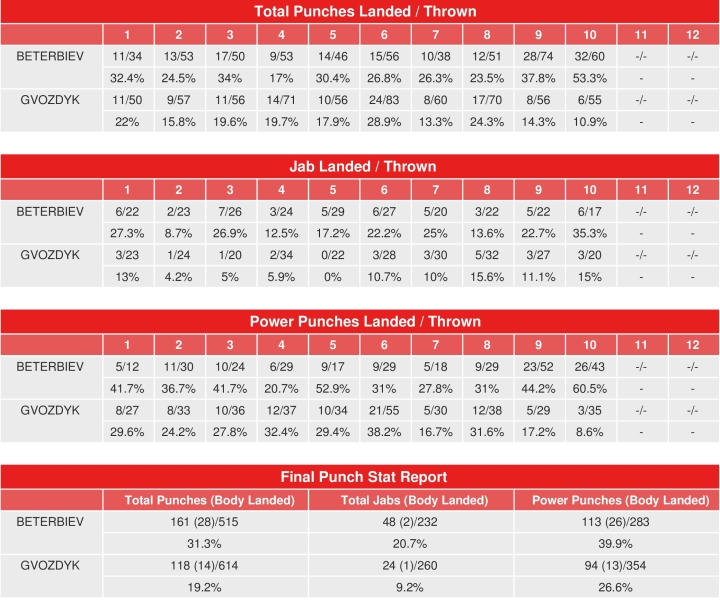 Gvozdyk's jab was giving Beterbiev a lot of trouble in the second round. He was outboxing him and stopping his charge. Beterbiev began to land a few punches in the closing moments. The third was more of Gvozdyk's boxing abilities controlling the action and Beterbiev coming on at the end. In the fourth, Gvozdyk was changing up his strategies and landing a lot of his punches.

Beterbiev was landing well in the fifth and doing damage. And he continued to do the better work with the harder shots to the head and body in the sixth. Gvozdyk landed two good shots in the final seconds, with Beterbiev connecting as well. Both had their moments in the eight.