Beterbiev: I'll Show My Best With Kalajdzic, Losing is Not An Option

IBF light heavyweight champion Artur Beterbiev (13-0, 13 KOs), one of the sport’s biggest hitters, is ending his preparations for an upcoming title defense versus dangerous American (of Serbian origin) Radivoje Kalajdzic (24-1, 17 KOs). The fight is set for this Saturday in Stockton, California.

“I have been preparing for this fight in the manner that I usually prepare for my upcoming bouts. I have been training diligently and with full focus set on my next opponent. I’m presently in good shape," Beterbiev said.

"Me and my coach have also studied his [Kalajdzic] tapes to get a better understanding of his strengths and weaknesses and to find the best tactics. I won’t voice it – I'll let it be my secret – but we have done a whole body of work, and losing is not an option. I shall show my best against Kalajdzic. I’ll be focused and fully ready. 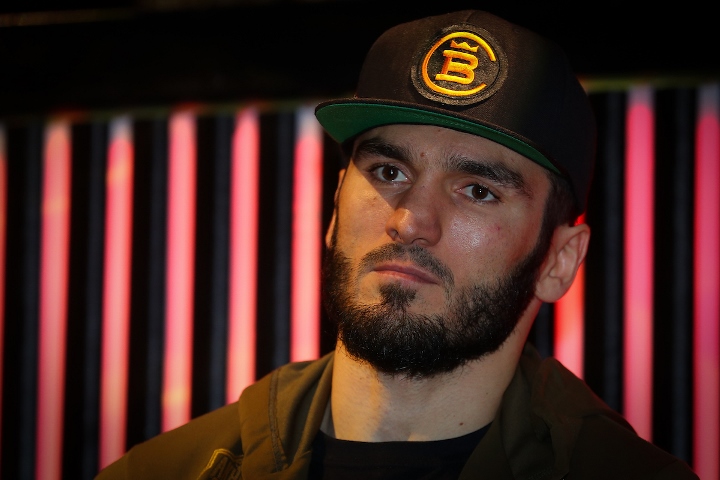 IN OTHER NEWS: A rematch of one of the most heated local female fights will take place on June 16 in Ekaterinburg as part of the Second Annual World Boxing Forum – a specific activity, produces by the Russian Boxing Federation in support of the unity of prizefighting.

Firuza Sharipova (10-1, 5 KOs), named as the prettiest Kazakhstani sportsman not so long ago, will collide versus Russian toughie Yulia Kutsenko (7-1-1, 3 KOs) in a non-title light welterweight affair.

On April 20, world-rated lightweight Pavel Malikov (15-1-1, 6 KOs) was involved in one of the bitterest controversies locally and recently, when he was awarded with what was thought by many to be a highly disputed split decision over Gaybatulla Gadzhialiev (6-2-1, 2 KOs).

On Monday, the Appeal Commission of the Russian Boxing Federation, which included Tatyana Kirienko, Kirill Schekutyev, Yuri Koptsev and several other members and teams’ representatives, reviewed the fight with an obvious interest. After a thorough discussion the following decision was made:

Beterbiev will dispatch this dude inside of 6 rounds. Can't wait for one of the other champions to finally grow a pair and get in the ring with this guy

Yeah you can't afford to lose to this guy anyways and most expect you to win so......