Former world champion Andre Berto is not buying the conspiracy theories with respect to the gloves of Tyson Fury, in last month's rematch with Deontay Wilder.

Fury stopped Wilder in the seventh round at the MGM Grand in Las Vegas, to capture the WBC heavyweight world title.

There have been conspiracy claims that Fury manipulated his gloves, by not having hands firmly inside of them. 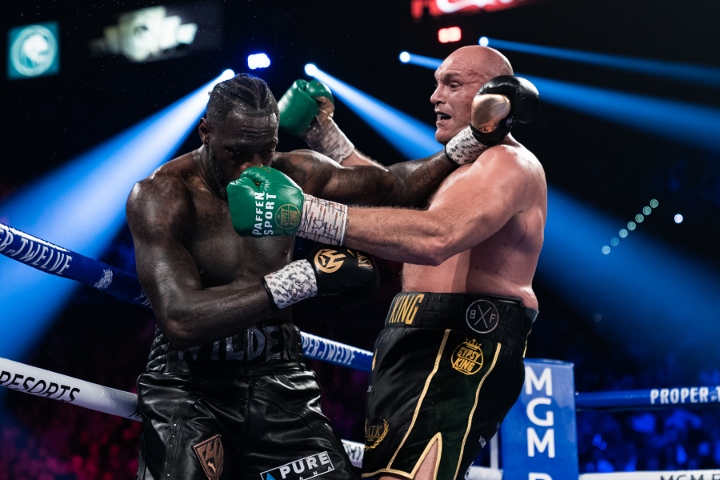 The allegation, is that Fury's fists were lowered to the wrist area to throw punches with less padding.

It should be noted that neither Wilder or his team have supported these claims.

Berto is not buying the allegations either - and felt Fury was the better man that night.

“It doesn’t matter if he had his hand all the way in his glove, he took care of business that night,” Berto told FightHype.com.

“That would make me even more crazy because he wasn’t even punching me with his full fist. What is that going to do? It doesn’t make any sense."

Wilder has exercised an immediate rematch clause, with a date of July 18 being targeted for the third fight.

Berto is not convinced Wilder can do any better in a third fight, because the rematch was one-sided in Fury's favor - which makes it very difficult, from a mental aspect, to overcome.

“Not too many people can come back, especially a lot of really good fighters," Berto said.

"Once they get their confidence broken, it’s hard to come back to get in that ring and face that boogeyman again. It’s hard to get that confidence back.

"It’s going to be tough because Fury is going to come in a lot more confident. He’s going to fine-tune that same type of game plan."

[QUOTE=Ray*;20483702]Yep I agree, the only idiot is the rest of the world which includes Team Wilder, the sane are the ones who thinks there wasn’t a hand in the gloves :lol1::lol1::lol1:[/QUOTE] What? Can someone who actually speaks English translate?

[QUOTE=Goldie;20483609]You’ve got to be a complete idiot to think that gloves worn properly would flo like that under an circumstances. The only way that the glove could’ve flopped around like that is if there wasn’t a hand in the part…

The commission has to check the gloves before they leave the dressing room, duh.

[QUOTE=Ray*;20482995]Yeah you got to be plain dumb to think he was getting an advantage with those gloves, was there something odd with the way they were bending? Kinda but if you have ever worn a pair of gloves then you…