Berto: I Still Have That Dog in Me - Won't Back Down From Spence!

Berto, who turns 35 in September, is looking for bigger and better opportunities.

It was the first bout for Berto (32-5, 24 KOs) in 16 months after suffering a ninth-round TKO loss to Shawn Porter in a WBC world title eliminator in April 2017. 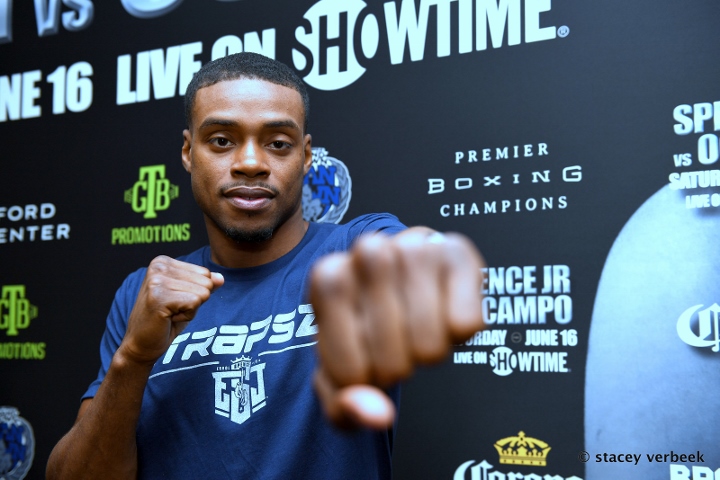 Berto, who is trained by Virgil Hunter, was very pleased with his performance.

“I had a great training camp after being out for a good year-and-a-half, but I could have used my jab better and thrown more combinations,” said Berto to Premier Boxing Champions. “Still, I was able to adjust, landing punches on the inside to slow him down.

“I think this was a testament showing that, even at almost 35, I’m still sharp, able to close out strong, and that, based on my name and reputation in the game for 15 years, people know a fight with me will always be exciting. At the end of the day, I still have that dog in me and I’m a great fight for anybody, so the possibilities are endless.”

Berto is very close to WBA champion Keith Thurman, but he's willing to face him. And he won't back away from a potential fight with IBF welterweight champion Errol Spence, who has a hard time locking down opponents.

“Spence is one of those guys who is a tough, young buck, but I won’t back down, so, of course, that would be an exciting fight because, like I showed [with Alexander], I’m just a dog,” said Berto.

“Thurman is like my little brother, and every time his name and mine are thrown up in conversation, we don’t really speak to much on that. I just wanna see him do well, but if a fight between us makes sense, we can make it happen, for sure. I’ll give any of these guys a run for their money.”

[QUOTE=alexguiness;19002587]Spence vs Khan. Great clash of styles.[/QUOTE] Khan will save his chin this time, KO by body shot!

Bradley (retired) vs Berto, must be fun to watch!

Name some top fighters in their weight class who actively called them out.

[QUOTE=JakeTheBoxer;19002490]Brook is a bum, trout is a bum, GGG is a bum...who is NOT a bum, you smart boy?[/QUOTE] Bumlovkins best win is brook, the coward hasn't beaten a proper middle weight yet, he lost to Jacobs we all that,…