Berto Gets Off The Floor, Rallies To Decision Alexander

Berto has been out of the ring since April 2017, when he suffered a ninth round TKO loss at the hands of Shawn Porter in a WBC world title eliminator.

Alexander was in action back in February, when he fought to a twelve round majority draw with fellow former champ Victor Ortiz. It was Ortiz's second fight since suffering an upset loss to Aaron Martinez in October 2015. 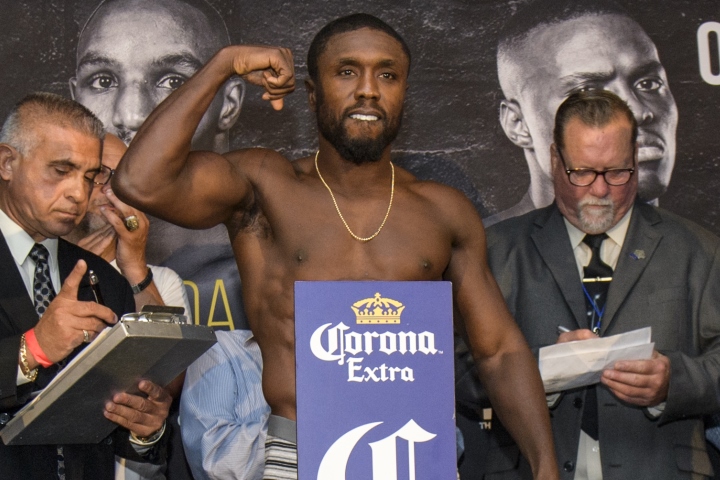 The first round was very close, with Berto possibly gaining a slight edge. Both boxers were jabbing very well. There was a lot of holding when they came close. Alexander was picking things up in the second round and connecting with solid punches.

In the third round, Alexander dropped Berto with two shots that landed to the back of the head - but the referee ruled it a knockdown as Berto turned his head as the punches came at him. Alexander continued to work Berto over in the round.

Plenty of punches were being exchanged in the fourth. Alexander was landing the better punches. Berto was able to put together a few solid hits in the fifth, as he was making certain adjustments to Alexander's style. A very close sixth, where both boxers had their moments.

Berto continued to pressure and let his hands go at the start of the eight. He continued to outwork Alexander for most of the round. In the ninth, Berto was digging on the inside as they were in close. Alexander landed a few good shots as well. There was a lot of inside fighting with Berto doing solid work on the inside.

The eleventh was also close, with both fighters doing good work. Berto came out like a man on a mission in the twelfth, coming forward and throwing with both hands. Alexander was answering back as they exchanged shots on the inside. They were both going for broke, and there were heavy shots landing for both, with the crowd on their feet as the two former champions continued to trade until the final bell.

A series of hard hooks to the body sent Lutchmedial down in the second round. He made it up and then Spencer pressed Lutchmedial against the ropes and unloaded with combinations to send him down for a second time and the contest was waved off.

[QUOTE=Lefty0616;18997076]I thought Alexander, barely won, but I'm ok with the decision. Both fighters have God given talents, but they don't know how to win rounds decisively. They both looked awful. Alexander should blame himself for a fight he should have…

How many times has Berto been knocked down in his career? must be a fair few.

[QUOTE=JakeTheBoxer;18996685]He looked awful. I see no reason that Berto shoud keep getting nice pay days.[/QUOTE] I've always found it strange when a boxing fan is bothered by another man's paycheck.

Berto wasn't discouraged by the bogus KD call, which was clearly in the back of the head. Glad to see he pulled off the win, but his best days are clearly behind him.

The winner just gon lose to step up n competition. Berto has a name so i guess someone could benefit being matched with him IF" they have nthng better to do