After overcoming what he considered to be his toughest fight as a champion, boxer Miguel "Alacran" Berchelt wants to prove that he is the best super featherweight in the world and will look to unify the titles.

In a tough fight before a lively crowd in El Paso, Texas - Berchelt dropped Miguel "Micky" Roman three times to the canvas at the Don Haskins Center, before the referee stopped the fight at 2:58 minutes of the ninth round, which gave a technical knockout win to the once-beaten World Boxing Council (WBC) world champion.

"I am very happy with the result, my respect for Roman, he is a very brave warrior, we offered a worthy fight between Mexicans. The key to success was the punches I was landing to the body, and now we are going for more," Berchelt said. 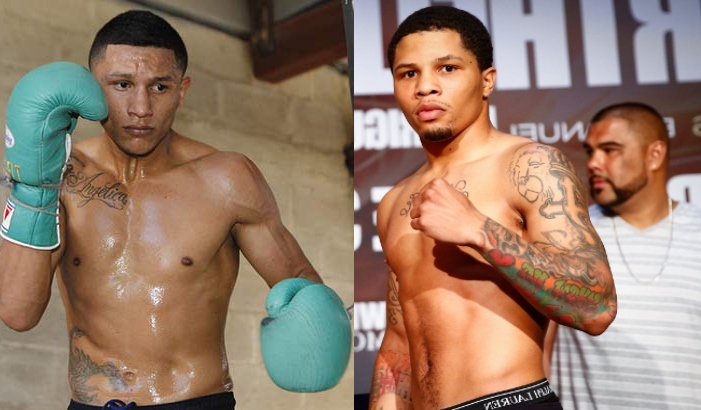 Berchelt continued to make it clear that Roman was the toughest fight since he won the title in January 2017.

Roman landed his fair share of punches, which Berchelt really felt on more than once occasion.

"[Roman] was tougher for me than (Takashi) Miura and (Francisco "Bandido") Vargas. Micky is a tremendous warrior," Berchelt said.

After the fourth defense of his green and gold title, Berchelt wants to prove that he is the best boxer in the world at 130 pounds and therefore he wants to targte the other world champions for unification fights in 2019.

Although Top Rank would love to match him against Vasyl Lomachenko, who is currently the WBA lightweight champion - the Mexican slugger is more interested in facing the other top guys in his weight class.

Berchelt has solid stamina and serious power. Wish all the matchups would happen but I doubt they will. Sht happens. But it would sure make for a great WBSS series.

Berchelt ain't beating Machado or Davis with his sloppy ass Mayorga punches. His defense also sucks. I'd favor Ito over him as well.

I was disappointed to hear Machado call for "Vargas" instead of "Berchelt!" That being the case, Berchelt vs. Davis [B]should[/B] be the fight, but I think Tank plans on going to 135! I don't know what the hell Floyd has…

dont sleep on ito. on paper hes the worst possible matchup, very underated fighter whose tall and rangy with a very good 1-2 which he is comfortable fighting behind the whole fight. davis i feel would starch berchelt if berchelt…