Berchelt Vows To Stop Barros Quicker Than Mikey Garcia Did

The World Boxing Council super featherweight world champion Miguel "Alacran" Berchelt has set a goal for himself for this coming June 23 in Merida.

Berchelt not only wants to come away with the victory over Argentine contender Jonathan Yoni Barros - but he wants do it by way of knockout in less than eight rounds.

Berchelt (33-1-0, 29 KO's) will be making his third defense of the world title against "Yoni" Barros (45-5-1, 22 KOs's) at the Poliforum Zamna in Mérida, Yucatán and the fight will be broadcast by Azteca 7 in Mexico, and in the United States on ESPN. The show will be presented by Promociones Zanfer and Max Boxing. 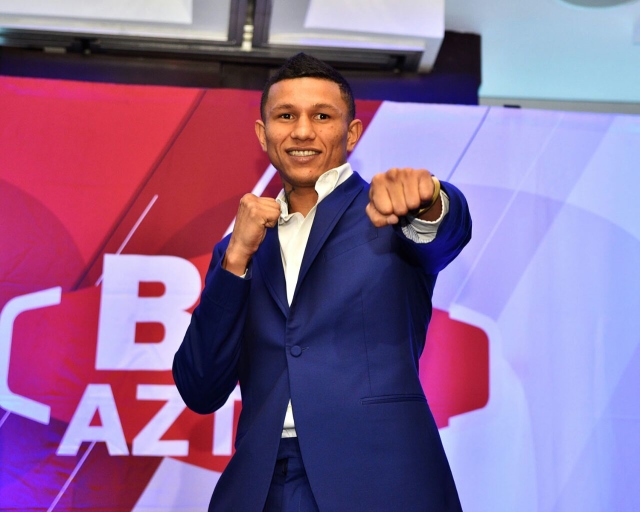 Barros has only been stopped one time in his career - by four division world champion Mikey Garcia.

To make good on the win, Berchelt wants to stop Barros in a shorter time span than Garcia did.

"The Argentine is a good fighter, we know he has fought with good fighters like Yuriorkis Gamboa, Mickey Garcia, Lee Selby, and he actually defeated 'Micky' Roman. We know he is a tough fighter," said Berchelt.

"The parameter that I have for the fight... I know that Micky Garcia knocked him out in 10 rounds, so I want to do it in less, in 8 rounds or maybe in 7 rounds. Certainly I know that Barros is a good fighter, I think I am in my time and I have faced good fighters as well. I do not underestimate anyone, I still have the same hunger as when I was a challenger, like when I went against 'Bandido' Vargas and nobody gave me a chance. I keep training very hard and very strong."

"It was a dream to get the title of the World Boxing Council, the most beautiful belt, now I'm here and I'm not going to let anyone take it from me. I believe that in 2017 we grew a lot, we faced hard fighters. I am ready to fight with the best, it's only a matter of making offers, right now it's in my head to face Jonathan Barros, then there is 'Micky' Roman and later on we will see."

This quote highlights what's wrong with boxing today - World class fighters aren't trying to beat each other - it's race about who beats C level fighters "better".

Miguel can do it in 6 with Mexican meat but Mikey is a cherry picker!

Nobody cared when Mikey did it