BoxingScene.com previously first reported that the Miguel Berchelt-Francisco Vargas rematch would be rescheduled for May 11th and that WBO super bantamweight champion Emanuel Navarrete would face Isaac Dogboe in an immediate rematch of their December clash that Navarrete won in a major upset.

We have now been advised that the doubleheader will take place at the Convention Center in Tucson, Arizona. The fight will be televised live on ESPN.

The original date for the Berchelt-Vargas rematch was March 23rd with The Forum in Inglewood, California serving as the venue. The fight was postponed when Berchelt, who holds the WBC super featherweight title, injured his right hand in sparring. 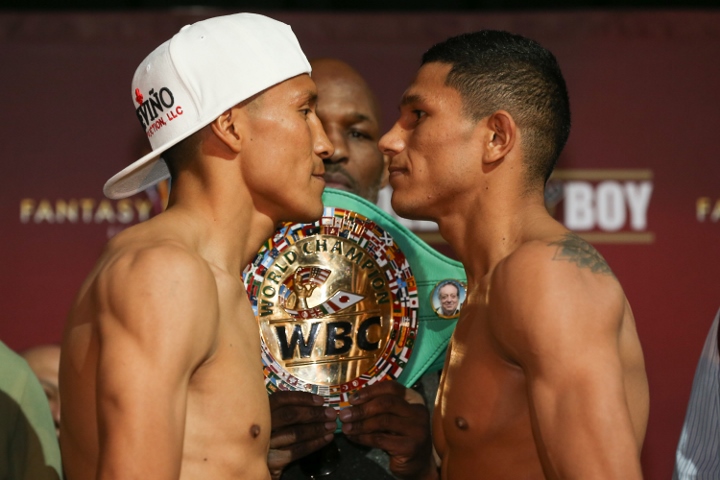 Berchelt stopped Vargas to capture his title in January, 2017 in the 11th round of a fight that was very close on the scorecards. Berchelt has since successfully defended his title 4 times while Vargas has won 2 fights in a row.

This will be the first fight for both Navarrete and Dogboe since their December 8th encounter. Dogboe was attempting to defend his title for the second time. He won the title last April when he stopped Jessie Magaldeno in the 11th round of one of the most exciting fights of 2018.

Mad props to Dogmoe for wanting a rematch because the way he lost, alot of other fighters in his position would have moved on.. Stylistically and physically, he is at a massive disadvantage so he is going to have to…

really good card but this is a bad idea for vargas no? the dude has so much scar tissue and the first fight was brutal

Card of fades. This wont be for the faint of heart.

Damn I was looking forward to both fights, fantastic that they’re the same card!!