Berchelt Was Bored at Herring-Ito, Prefers Loma or Gervonta Next

The scores were wide with Herring winning 118-110 twice and 116-112.  In Berchelt's opinion, Ito didn't employ the right strategy.

"From my point of view Ito didn't do what he needed to do. He fought the wrong fight," said Berchelt who also felt the fight lacked action. "To me it was a boring fight." 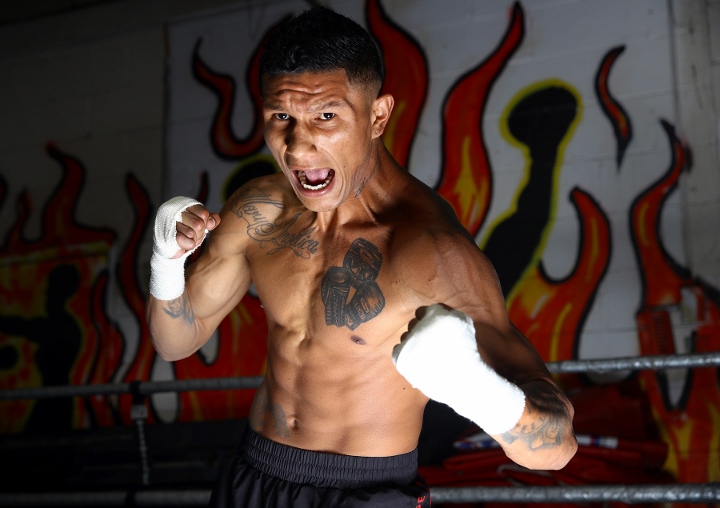 The hard hitting Mexican was ringside because Top Rank, who promotes both fighters, would like to unify both titles at some point in time.

However, the fight that Berchelt really wants is a fight against WBA/WBO lightweight champion Vasiliy Lomachenko who will likely fight Luke Campbell in the latter part of the summer. If that isn't possible he is equally interested in a unification bout against WBA champion Gervonta "Tank" Davis who returns to the ring in July against Ricardo Nuñez in a fight that will be televised by Showtime.

"I think the fans want to see a bigger fight (than a fight against Herring). For example, a fight against Lomachenko. If that fight can't be made then I would love to fight Davis," Berchelt told BoxingScene.com.

[QUOTE=Bronx2245;19787723]Nunez is the mandatory! Nothing Ellerbe could do about that![/QUOTE] I guess so if he wants to keep that trinket.

[QUOTE=BoxingIsGreat;19786957]I'd like to see that fight instead of the guy Gervonta is fighting next. Ellerbe is incompetent![/QUOTE]Nunez is the mandatory! Nothing Ellerbe could do about that!

[QUOTE=Satir;19785947]Finally the man is talking, pitty he wasnt so vocal like a year, year and a half ago when Loma was looking for opponents to unify 130[/QUOTE] He knows Loma is fighting Campbell next so thinks it's safe to talk.…

[QUOTE=Boxfan83;19785895]Until Berchelt tightens up that D he needs to stay away from Tank. Herring is a much more winnable fight.[/QUOTE] Laughable comments... this are the same people that if the berchelt fights herring and anihalates him... will be saying he…