Benavidez: It's A Matter Of When, Not If, I Hurt Dirrell

His chin is one of the best attributes Anthony Dirrell has displayed during his 14 years as a pro.

Dirrell’s durability and toughness have prevented any of his 35 opponents from knocking him out. David Benavidez believes that’s about to change.

The unbeaten challenger expects to stop Dirrell inside the distance when they fight for Dirrell’s WBC super middleweight title on the Errol Spence Jr.-Shawn Porter undercard September 28 at Staples Center in Los Angeles. 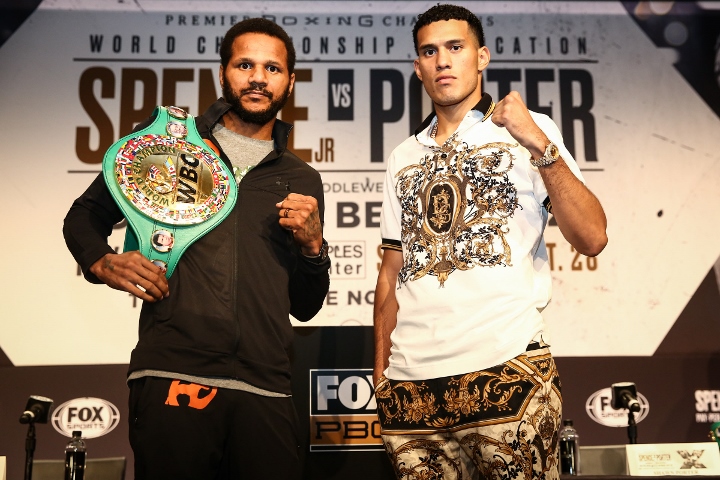 Benavidez admits he has been driven during training camp by the thought of becoming the first foe to knock out Dirrell. He knocked out veteran J’Leon Love (24-3-1, 13 KOs, 1 NC) in the second round of his last fight, March 16 at AT&T Stadium in Arlington, Texas.

How many times did Benavidez say “you know” in this interview. Guy can barely speak.

Gotta feel bad for Dirrell. He's gonna be in a lot of pain tonight.