Nielsen Media Research revealed Tuesday that ESPN’s three-bout broadcast Saturday night from Glendale, Arizona, was watched by an average audience of 532,000. Its telecast the prior Saturday night, a two-fight show from Atlantic City on August 18, averaged 686,000 viewers. 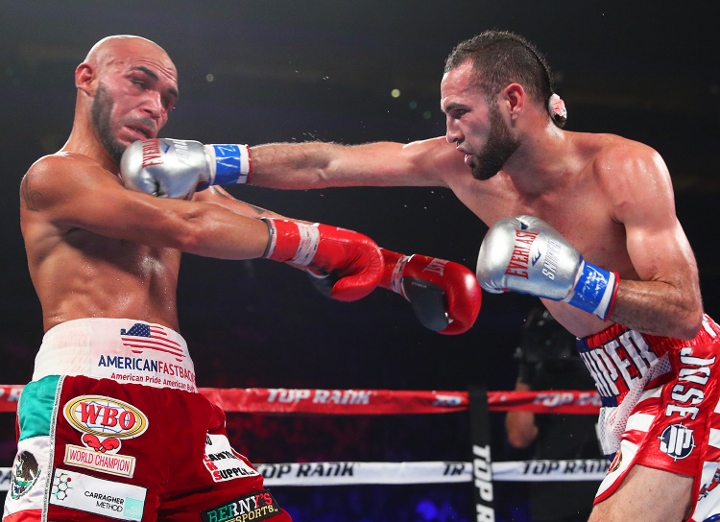 Otake got up, but Dogboe continued to hurt him. Referee Chris Flores stepped in to stop the bout 2:18 into it.

Mayer, a 2016 Olympian from Los Angeles, knocked down Edina Kiss in the first round and scored a technical-knockout victory when Hungary’s Kiss (14-8, 8 KOs) decided not to leave her corner for the fourth round.

Below are the average ratings for each of promoter Top Rank’s five shows that aired live on the network this summer:

[QUOTE=paulf;19056613]You guys are aware that Sportscenter only averages 500k viewers, right? There aren't millions of people just sitting around watching ESPN at any given minute.[/QUOTE] ESPN can get the same ratings running reruns of sportscenter lol. Espn tapes sc in…

the time in between fights is way too long ufc has much quicker turnover between fights and it makes more sense boxing simply does not cater to the viewing public in that regard, they are simply trying to maximise peak…

[QUOTE=becauseihaveto;19055625]and espn signed an extension with top rank? can't be happy with ratings like this.[/QUOTE] Fight put me to sleep so I decided to stop watching

[QUOTE=KTFOKING;19056546]TR will eventually have to do better ratings or else ESPN will probably start to pull back on their boxing investment as the years go on. Unless Top Rank starts to pull in bigger names, they will need to start…

You guys are aware that Sportscenter only averages 500k viewers, right? There aren't millions of people just sitting around watching ESPN at any given minute.