Beltran: Knockdown Was The Difference, It Was a Good Shot

With the victory, Pedraza (25-1, 12 KOs) is expected to fight WBA lightweight champion Vasiliy Lomachenko on Dec. 1 to unify two of the division's titles. Pedraza returned from a 14-month layoff in March and won two bouts to earn the shot at Beltran. 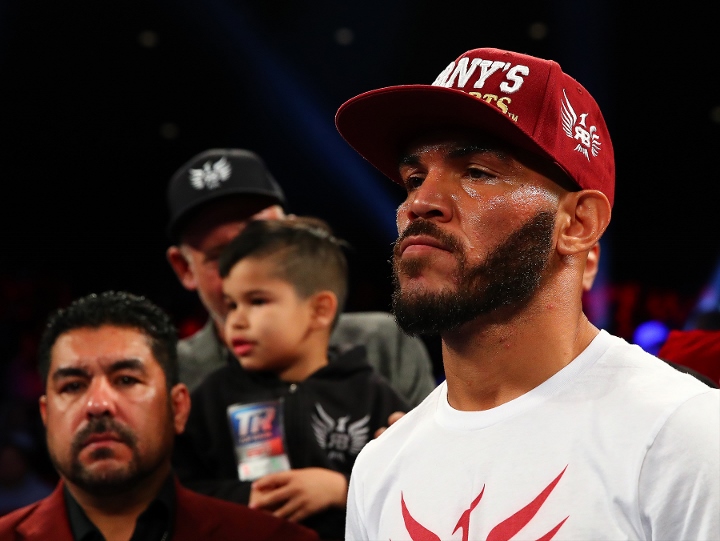 "We did everything that we needed to do to win this fight. We followed the game plan perfectly," Pedraza said. "I knew how tough this fight was going to be and at moments it got very difficult, but thanks to the focus and the guidance from my corner, we were able to win round by round and get the win."

Said Beltran, who fell to 35-8-1: "I thought it was a good, close fight. The knockdown made the difference. I got caught with a really good shot."

De Vaca said: “I’m happy with the win, but I felt I could’ve done better. I look forward to my next fight soon. Fighting in front of my hometown fans was really special. Serrano was a tough guy, and we put on a great fight for the fans.”

McCumby said: “I’m happy with my performance. I got in there and got the win. I could’ve boxed a little more, but it felt good to make my return and end it in style.”

If Pedraza had started his 12th round ending barrage earlier he would have stopped Beltran. Rey was done when the final bell rang - he looked completely out of it as he walked to his corner after the final bell.…

Good win for Pedraza!! The difference was the jab the boxing and the PED LESS BELTRAN!!! WITHOUT PEDS BELTRAN IS A WEAKLING!!!!

Age was the difference.

he got whooped but at least he admits it,drop the fighters you believe to make excuses every fight/loss?