Beltran Aims To Have Emanuel Navarrete Come Back on June 6

The CEO of Zanfer Promotions, Fernando Beltrán, is planning to return with live functions on June 6.

Beltran pointed out that the headquarters would be the TV Azteca studios in Mexico City and the function would consist of about four fights, strictly complying with the hygiene protocols of the health authorities and the World Boxing Council, all with the respective authorization of the local government and whether the situation allows it with the ongoing coronavirus pandemic. 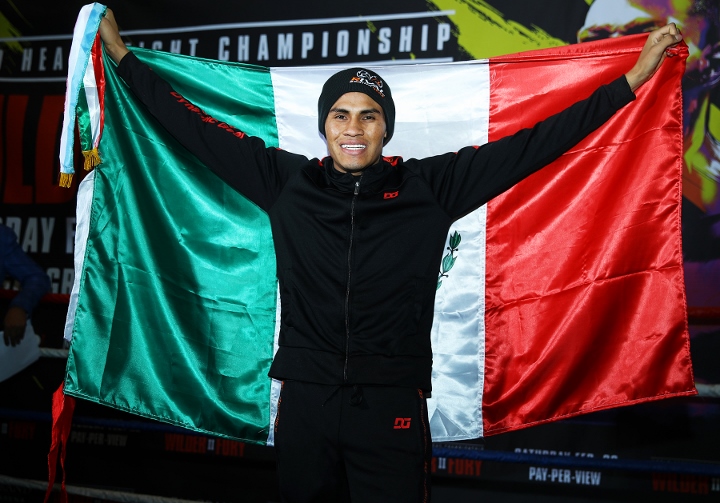 The headquarters hotel must be close to the TV Azteca studios, and as indicated by the protocol for WBC's closed-door functions, the tests for COVID-19 will be performed on boxers and their teams, and will be monitored daily on all duly accredited staff members who will enter to work on the function.

"It will be gradual in every aspect: first behind closed doors, a few fights, rigorously applying the protocols endorsed by the health secretary and the ones issued by WBC. Boxers are being told to get ready for early June. We're thinking about a scenario of four or six fights in a unique place," said Beltran, who is regarded as one of the best promoters in Latin America.

If the plan is maintained, the participants (boxers and work teams) will have to carry out a medical examination during the second week of May, and they have to receive the approval of health professionals and the WBC. They must register at the headquarters hotel and location determined (previously sanitized) by the third week of May, and stay there until the function is staged.

Zanfer Promotions is also planning for the third or last Saturday of June to stage the expected clash between Jackie Nava and Mariana Juarez for the world bantamweight championship of the WBC.

I like Navarette. He has always fought frequently because he knows a prolonged lay-off would make it almost impossible for a big lad like him to make 122. The lockdown has been bad news for Emmanuel.