Bellew: Usyk Can Beat Wilder - Not Joshua or Fury

Usyk unified the entire cruiserweight division last year, and then knocked out Bellew - which was the final fight of the Liverpool star's career.

After that bout, Usyk vacated his four belts and officially moved up to heavyweight. 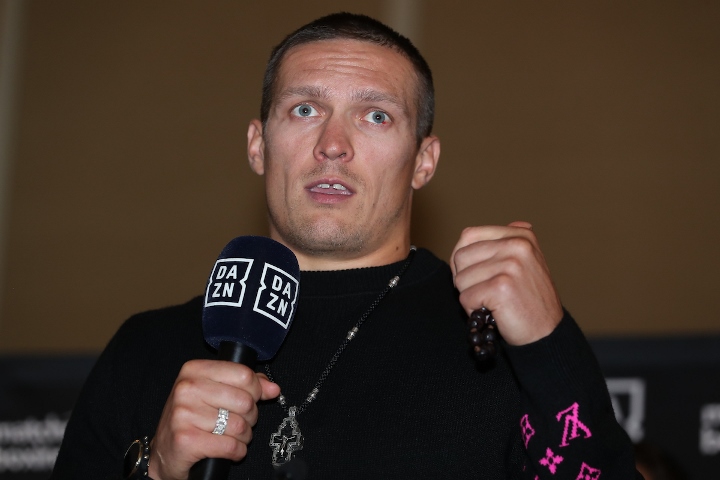 Joshua reclaimed the world titles when he dominated Andy Ruiz over twelve rounds on Saturday night in Saudi Arabia.

While Bellew believes Usyk could beat most at the weight, he doesn't see him overcoming Tyson Fury and Joshua.

“Oleksandr Usyk is a big danger to anyone. He’s a very, very good fighter in his own right. I just think that the only thing that is missing with Oleksandr Usyk is the sheer size and the weight. What he’ll find is he’ll probably be beating all these guys for five or six rounds – very similar to how I was beating him to be honest until I got tired – and then what’ll happen is they’ll catch up with him," Bellew told the Alan Brazil Sports Breakfast on Talk Sport.

“I do think he beats everybody, I think the only two guys who are gonna be a step too far will probably be Tyson Fury and Anthony Joshua – depending on which Joshua comes in. The Joshua who turned up on Saturday night, I think that’s the perfect model for the Usyk fight.”

[QUOTE=Syphus;20250497]Maybe you're right, we'll see. I like Usyk but I'm not going to pretend I'm not nervous seeing him go up against giant 250lbs monsters. Usyk said he was purposefully letting the fight stretch out a bit against Witherspoon, and…

[QUOTE=Adamsc151;20247498]Usyk like everyone else sees athe Joshua payday and his eyes turn to $ symbols. I just don't think Usyk has the power to deter Joshua, who would end it as soon as he lands big even if behind on…

[QUOTE=historian larry;20245774]Usyk is the better boxer.but that str8 right is going to land..not sure whats in Wilders gloves but when he lands its game over[/QUOTE] [QUOTE=buddyr;20246079]Usyk has the fight the most perfect fight ever. I mean, he can’t even let…

I doubt Usyk beats any of Wilder, Fury or Joshua, but it would be interesting to see any of those fights.

usyk has never fought anyone remotely as big and powerful as wilder. regardless of who has the better boxing skills, usyk won't look so slick against wilder.