Stevenson knocked out Bellew back in 2013 - in what was Stevenson's last mandatory world title defense.

Following that defeat, Bellew moved up to cruiserweight and captured the WBC world title, and then moved up to heavyweight to pick up back to back stoppage wins over former champion David Haye. 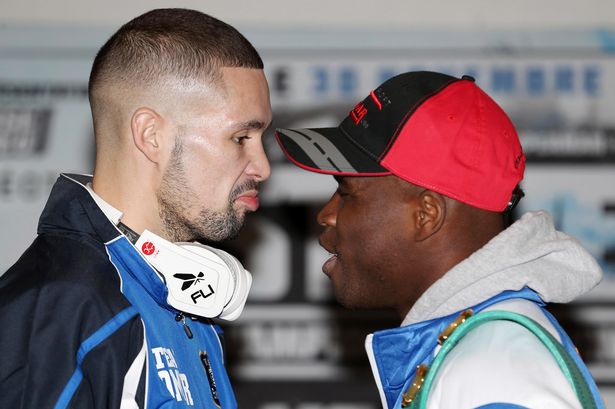 Stevenson returns this coming Saturday night, when he faces Badou Jack in Canada.

The issue with facing Bellew in a rematch is the weight.

Stevenson is willing to go up to a catch-weight, but Bellew is not capable of getting down any lower than a cruiserweight limit of 195.

"I'd probably say 195-pounds, five pounds under the cruiserweight limit, is the lowest I can go," Bellew told Sky Sports.

"He easily makes 175-pounds, so I think he's talking about 185 to 190-pounds, which i just can't do. We could if we did the re-hydration routine, but he's just probably trying to have everything in his favour. Nobody cares about him, nobody knows who he is anymore. In fact I would put me as the best name on his record, bar Chad Dawson."

Bellew is very interested in avenging that loss - which was the last of his career.

Because that loss bothers him to this day, he hopes to eventually secure the opportunity to fight Stevenson again. He gives Stevenson the recognition of being the only man to "truly beat" him.

Bellew is very confident that a rematch would play out in a very different way - with Stevenson on his back.

"I'd love to spank him. I look at him as the only man who ever truly defeated me. It definitely appeals, yes. The bad times stay with you longer than the good times, or at least stay with you and haunt you, so as much as I reflect and recollect on Goodison Park and what I achieved, part of me still goes back to being in Canada and I always wanted to be a two-weight world champion," Bellew said.

Well, fighting him 20 pounds above his active weight class when he is nearing 80 years old will be quite the win on Bellew's resume.

[QUOTE=Shrap;18772619]Here comes Bellew's verbal diarrhoea. You beat an old, shot, shadow of Haye and all of a sudden you think you can knock everyone out again. Hopefully he gets put in with someone decent in his next fight to shut…

Here comes Bellew's verbal diarrhoea. You beat an old, shot, shadow of Haye and all of a sudden you think you can knock everyone out again. Hopefully he gets put in with someone decent in his next fight to shut…

I give him a fighting chance, cos of the size