LAS VEGAS - In April former champions Rances Barthelmey and Robert Easter Jr. battled to a draw in an uneventful fight that was televised by Showtime.  The vacant WBA "regular" lightweight tile was at stake.

According to Barthelemy, the title will remain vacant because Easter does not want to face him again.

"There won't be a rematch. He is scared.  He doesn't want the rematch so it won't happen. I am waiting on my manager Luis DeCubas Jr. and Al Haymon to tell me what is next. I should be back this year," Barthelemy stated. 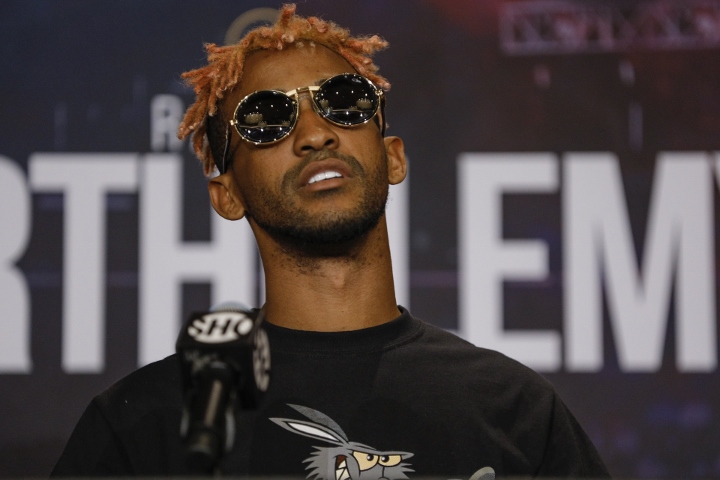 As for what is next, Barthelemy is very interested in facing the winner of the September 7th WBA elimination bout that pits former multi-division champions Jorge Linares and Ricky Burns.  The showdown will take on Burns' turf in Glasgow, Scotland.

Barthelemy and Linares fight under different promotional banners but previously trained together under the guidance of Ismael Salas.  The Cuban said that he is especially interested in facing Linares.

"I really want to fight Jorge Linares if he wins his next fight against Ricky Burns.   I want the winner of that fight. I think it would be a fight and that the fans would enjoy it," Barthelemy told BoxingScene.com.

Thank You Easter! Nobody wants to see that shyt again :no:

We need a fight of the year category and put these guys in it....that is "Boring fight of the year" award. Both should be ashamed of their performance. So many other fighters who will give it their all to win.…

My blood pressure couldn't handle a repeat of the pulsating action from the first fight, so good they aren't doing it again.

I used to like Barthelemy before Relikh scared him away from the Jr. WW division! Easter Jr. vs. Barthelemy was the worst! Barthelemy vs. Fortuna @ 135! Make It Happen!