This past Saturday night, Joshua outboxed Andy Ruiz in their anticipated rematch.

Joshua used his boxing ability and movement around the ring, to reclaim his four world title before a packed crowd in Saudi Arabia. 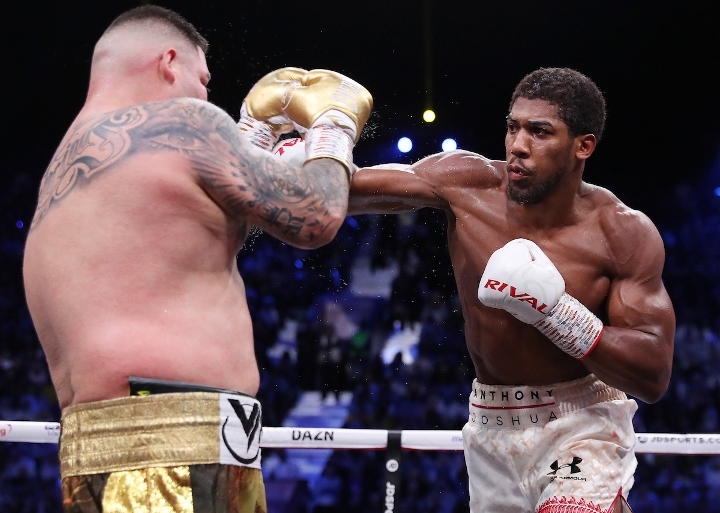 The first time around, back in June in New York City, Joshua was dropped four times and stopped in the seventh round.

Joshua showed a different type of performance in the rematch - when compared to the bruising performances where he usually knocks out the competition within the first seven rounds.

Ruiz did himself no favors by entering the ring in poor physical condition, as he weighed in at 283-pounds on Friday - 15-pounds heavier than he weighed in the first bout.

"I think this could not have been better," McGuigan told talkSPORT. "Hindsight is a great thing and we can see all of the things that we maybe speculated about.

"But the bottom line is; the performance he put on, the versatility – we have never seen this before. We saw him do a little bit of boxing in the [Joseph] Parker fight, but never move like that.

"He was like Muhammad Ali moving around like that, moving around the ring like that. His hands weren't as low, but he was disciplined, he was tactically on point from start to finish.

"He boxed impeccably, magnificently, and he showed us another element to him. He has moved on and advanced as a fighter, as a human being, Anthony Joshua"

Ali vs Holmes, you moron!!! GTFOH

i can see the reason why there's a comparison to ali, but not really. ali was an unbelievable floater and stinger.

AJ is a diva, used to adulation, the big show. He was humiliated and now he's reduced to his ABC's, his twosies, stick and move on a fat man. He looked scared, Ali my ass.

[QUOTE=Roberto Vasquez;20245911]Joshua did move very well for a heavyweight. Not Ali level yet tho![/QUOTE] This about sums it up. Well put.

Joshua’s movement was great for 238lb heavyweight , very impressed the way he kept on his toes , his stamina was spot on and tell me one heavyweight who has moved like this in this era. None , fury moves…