Barry Hearn has undergone surgery after suffering a minor heart attack over the weekend.

The 71-year-old sports promoter is chairman of Matchroom, World Snooker and the Professional Darts Corporation. 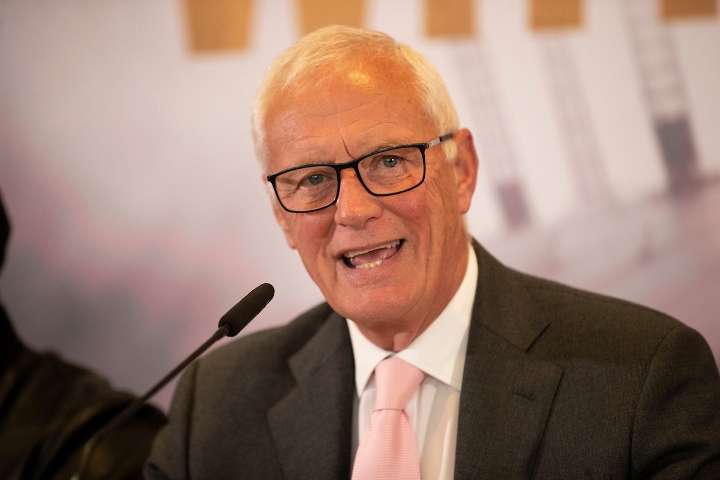 Boxing promoter son Eddie Hearn confirmed that his father is returning home on Wednesday following a heart attack on Sunday.

“As if we can’t thank the NHS enough, I want to particularly thank the staff at Broomfield & Basildon,” he posted on Twitter.

“My dad Barry Hearn was taken to hospital on Sunday after a minor heart attack and was operated on yesterday. He is up and well and returns home today in good spirits! Thank you”.

Barry Hearn made his name promoting snooker in the 1980s before moving into boxing where he notably promoted Frank Bruno and Chris Eubank. He is now focused on darts and has evolved the sport into a mainstream success.

His son Eddie runs the boxing side of the business.

He tweeted: “I’d like to wish Barry Hearn a swift speedy recovery. This man is made of tough stuff and I hope to see him soon back on the circuit. Get well soon Barry.”

Barry Hearn was humbled by the outpouring of support.

"Humbled by the thousands of get well wishes so thanks to each and everyone of you. Massive shout out to Broomfield and Basildon hospitals - don’t know what we’d do without the NHS. God bless you all and stay safe," Barry Hearn stated.

Thank for goodness that Barry Hearn was in good hands and safe, hope he recover well. This man is the beginning of the Empire. These news, when someone recover are refreshing, because they are alive. :boxing:

Barry, the true face behind Matchroom, the legend, the man that started it all from scratch, unlike his sleazy scum bag son who just came into it all on a silver platter. Get well Barry, Eddie Sperm can't run this…

[QUOTE=Songbird;20503552]eddie waiting in the wings to inherit all[/QUOTE] I wish Barry a swift recovery with no reservation, but Eddy? He isn't sick that I know of, so fire away.