GREAT rivals Erik Morales and Marco Antonio Barrera delighted crowds at the International Boxing Hall of Fame by sharing stories of their feud and subsequent friendship.

Morales, who will be enshrined in Canastota this weekend, and Barrera, who was inducted last year, have become pals in retirement – something few thought would ever happen.

According to Mauricio Sulaiman, who was in attendance during the ringside lecture, , it all began in a soccer match. Barrera slid in and took out Morales, and the two started fighting. 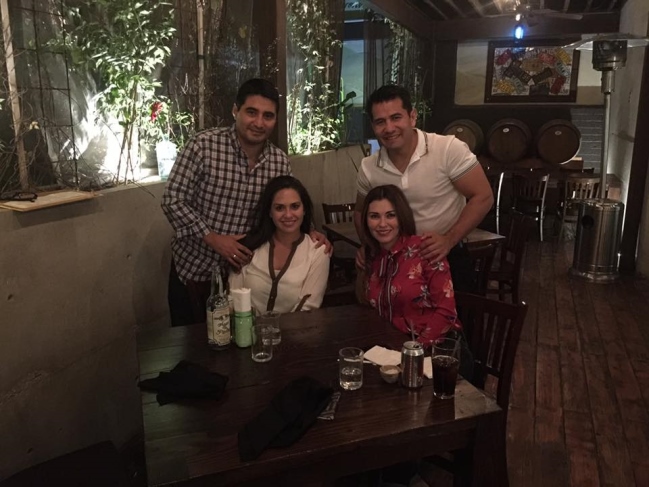 The boxers also recalled an early sparring session years before they fought for real, but they knew straight away that they would be on a collision course.

Morales, who won the first fight but lost the next two of their epic trilogy, was asked what was behind the chemistry that made for historic fights.

“We are both bad asses,” he said, simply enough.

Only when Barrera was questioned whether he felt he won the first contest did things get a little prickly between the two, but even that was in jest.

“I always thought I won that fight,” he said. “But it is what it is and you have got to respect the decision.”

Morales, confirming that the bad blood was real in their fighting days, said: “We had many problems and many problems in the press. We had problems playing football, and members of our teams switched sides and there was a lot of gossip going around between the two camps.”

Asked to describe his rival, Barrera stated: “He came forward and he fought hard and of the 70 opponents I fought he hit the hardest and he was the best.”

Morales was equally flattering in response.

“Mexico City fighters are very basic but they have a lot of heart and he had a lot of heart. Whenever he was in the ring he was always there fighting non stop.”

Barrera turned pro at 15, Morales at 16. Morales was asked why there was not a fourth fight.

“We didn’t talk about it,” he said. “We would have been crazy to do that.”

Meanwhile Sulaiman joked that the first meeting coincided with his bachelor party in Las Vegas.

“I don’t remember the fight,” laughed the WBC president.

[I][B]Meanwhile Sulaiman joked that the first meeting coincided with his bachelor party in Las Vegas. “I don’t remember the fight,” laughed the WBC president.[/B][/I] :rofl: :rofl:

[QUOTE=Teetotaler;18853305]I thought they squashed thier beef a while ago?[/QUOTE] I think they did, they were doing meet and greets local to me together over a year ago.

[QUOTE=Gillie;18853947]Barrera only became a technician for the Hamed fight and for every fight thereafter. Prior, he was the hook to the body type of fighter. A bad ass slugger.[/QUOTE] Yeah I know he refined his style to beat Hamed, but…

[QUOTE=FRANKIE420247;18853768]just sparring bro, I love Marquez to death my all time favorite, but I think those awkward uppercuts Morales threw would of given Marquez some problems. Just saying[/QUOTE] fair enough too bad it never happened

[QUOTE=FRANKIE420247;18853768]just sparring bro, I love Marquez to death my all time favorite, but I think those awkward uppercuts Morales threw would of given Marquez some problems. Just saying[/QUOTE] Morales was a tad slower than Barrera and with Morales not so…