Badou Jack: I Want Stevenson, Alvarez, Beterbiev, Bivol - All of Them

Born on Halloween and nicknamed “The Ripper,” two-division champion Badou Jack will extend trick or treating through the next few months while surveying a sizzling landscape of activity within the 175-pound division.

Canadian-based promotional stablemates Adonis Stevenson, Eleider Alvarez and Artur Berterbiev either recently have or will soon defend their WBC, WBO and IBF crowns, along with WBA counterpart Dmitry Bivol. 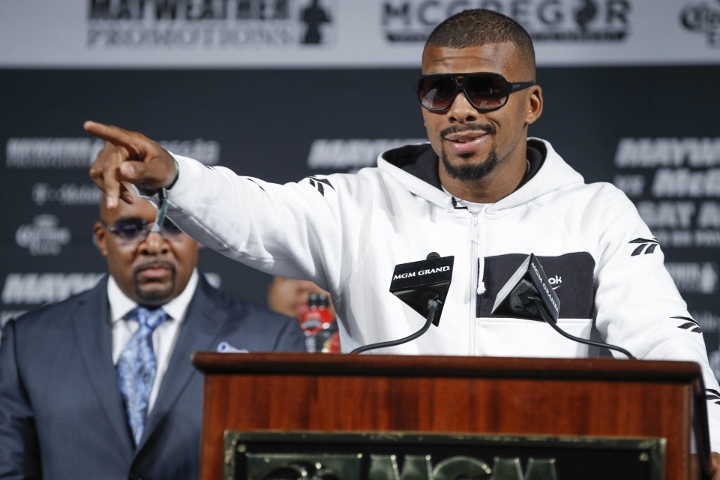 In his last fight in May, Jack battled through a grueling, toe-to-toe draw with the left-handed Stevenson (29-1-1, 24 KOs), a 41-year-old whose ninth defense happened before his partisan fans at Air Canada Center in Toronto, Canada.

Stevenson was coming off a second-round KO of Andrzej Fonfara in June 2017, representing his third straight knockout and improving his mark to 16-0 with 14 knockouts since a second-round stoppage loss to Darnell Boone in April 2010 he avenged by sixth-round KO in March 2013.

Jack is 6-0-2 with two knockouts since being stopped in 61 seconds by Derek Edwards in February 2014, and 4-0-2, with one stoppage victory in his past six fights, all of which were title bouts.

“If I could choose I would take the rematch with Stevenson,” said Jack, who turned 35 on Halloween. “And then, Alvarez, Bivol and Beterbiev. But I wanna fight all of them in no particular order.”

Jack then relinquished his super middleweight world championship to dethrone Nathan Cleverly as 175-pound titleholder in August 2017 by fifth-round knockout before vacating to challenge Stevenson.

“After the DeGale fight, I realized I was losing too much by staying at 168, so I asked for the Stevenson fight right, but Stevenson wasn’t interested. So Cleverly called me out and I accepted, knowing I was going to be stronger and way more powerful at 175,” said Jack, whose promoter is Floyd Mayweather Jr.

“I'm a naturally big guy and I'm feeling much more comfortable and faster at this weight. Floyd told me that he could get the fight with Cleverly, but that I would have to vacate it right after I won it. Floyd said,  ‘Don’t worry, I’m going to get you Stevenson, next.”

Last month, the 33-year-old Beterbiev (13-0, 13-0) made his first defense, scoring first- and final-round knockdowns but being dropped, himself, in the second of his fourth-round stoppage of Callum Johnson (17-1, 12 KOs), whose run of four straight knockouts, including three in the first round, was ended.

Citing too soon of a turnaround, Beterbiev pulled out of a scheduled December 15 bout against Joe Smith (24-2, 20 KOs), whose biggest career victories were by first- and eighth-round stoppage of former title challenger Andrzej Fonfara and two-division champion Bernard Hopkins in June and December 2016.

Beterbiev may still fight Smith in February, according to reports. Bivol makes his third defense against former titleholder Jean Pascal (33-5-1, 20 KOs) on November 24, and Alvarez-Kovalev II is slated for February 2.

“I’m ranked No. 1 by the WBC and the WBA, so I’m the mandatory to fight the winner of Stevenson-Gvozdyk,” said Jack. “But I’ll fight either of those champions, Stevenson or Bivol, no problem.”

Jack confirmed Browne as a consideration for his January return, having registered a combined five knockdowns over three straight stoppage wins during an 11-month period ending in January.

In January, Browne’s first-round stoppage of Francy Ntetu at Brooklyn’s Barclays Center improved his mark to 12-0 with eight knockouts at the New York venue.

“It looks like my next fight won’t be against another champion. Jack. “I want to be more active, fighting three or four times a year.”

Jack was among eight siblings born in Stockholm, Sweden to a Swedish mother and a Gambian father.

As a 17-year old, Jack walked into a Stockholm boxing gym and was hooked, leading to a 150-25 amateur record highlighted by five Swedish national titles and in 2008 a berth as Gambia’s flag-bearing, first-ever Olympic fighter.

Mayweather signed “The Ripper” in May 2012 following a split-decision victory over previously unbeaten Alex Brand that improved his mark to 11-0 with eight knockouts.

After his last fight in August 2016, Brand’s record dropped to 25-2 with 19 knockouts following unanimous decision to Andre Ward, a since-retired two-division champion.

“One judge had me winning, but two of them scored it a draw, so nobody had him winning the fight. He caught me with one good shot the entire fight to the body, late,” said Jack.

“The rounds that he won in the beginning were because I didn’t do shit more than anything that he did. I hurt him a couple of times and thought I landed more punches.”

[QUOTE=Damn Wicked;19260601]Because Adonis had to struggle for his life to just survive the fight. I doubt he wants to go through that hell again. He barely made it through the first time.[/QUOTE] true, but then again, Jack was being crippled…

[QUOTE=TheBigLug;19260446]How come there's no rematch with Adonis? i haven't been keeping track of it, but you would've thought that kinda fight had rematch written all over it. Any word on why that's not been the case?[/QUOTE] Because Adonis had to…

How come there's no rematch with Adonis? i haven't been keeping track of it, but you would've thought that kinda fight had rematch written all over it. Any word on why that's not been the case?

Beterbiev turned down smith fight because of low offer and not enough time. Id love it vs jack in Feb :boxing:

I don't see him getting past Marcus Browne.