Badou Jack: I Definitely Won, Maybe They Don't Like Mayweather

With the draw, Stevenson retains the WBC belt in what was Toronto’s most significant world title fight in more than 30 years. The judges scored the fight 115-113 in favor of Jack and 114-114 twice.

In a bout filled with momentum swings, it was Jack (21-1-4, 13 KOs) who was the busier and more accurate fighter. 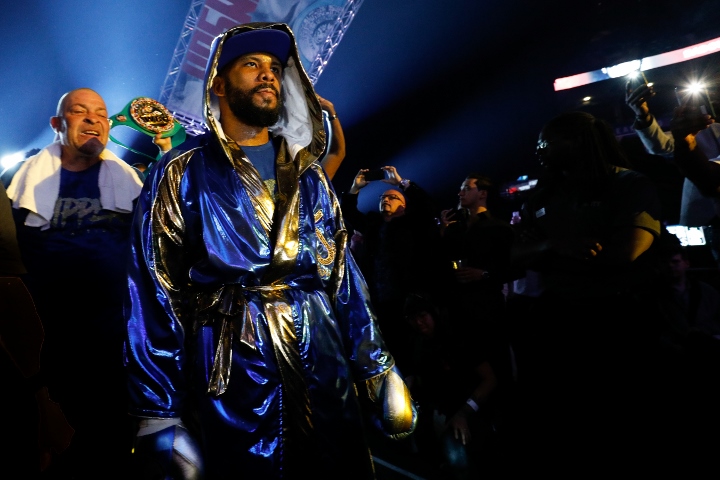 While Stevenson (29-1-1, 24 KOs) outpointed Jack in the early rounds, the challenger turned it on in round number seven and dominated the champion in the second half of the fight. In rounds seven through ten, Jack out landed Stevenson 114-40. However, a ferocious body shot from the right hand of Stevenson in round ten altered the momentum back in his favor.

Stevenson, who has resided in Montreal since he was five-years-old, was able to gain a second wind in the 11thround, riding the momentum of the body shot that injured Jack.

With everything on the line in the night’s final round, both fighters emptied the tank and left it all in the ring. Jack rebounded tremendously and when the final bell rang, it was Stevenson who was struggling to stay on his feet.

“I thought I definitely won the fight,” said Jack, who drew for the fourth time in his career. “No judge had him winning. I have no idea why I can’t get a decision. It could be that they’re jealous of Floyd and don’t like him. I’m one of his top fighters. I can’t do anything about it. I’m not the judge. I have to respect their decision.

“Maybe I started the fight too slow. I gave away those rounds. He didn’t really hit me. I can’t do anything about it, let’s do a rematch in Las Vegas. I came to his backyard, it’s time he comes out to Vegas.”

Hands down badou won. The lasting legacy of this fight will be chickenson never fighting krusher. Kovalev would kill him.

[QUOTE=BLACK KNOT;18790638]lol kovalev would spark out both of theses china chinned bums. Kovalev is the better more skilled boxer! They get knocked out! kovalev outboxed and beat ward in the first fight if he's basic to you than you're [email protected][/QUOTE]…

[QUOTE=Pan-Africanist;18789366]Kovalev is as basic as the cigarettes. He could’ve never did what Jack did in the ring. Jack took a beating in rounds 5 and 6 and came back. Kovalev wouldn’t be able to fight on the inside with Jack…