Two-division champion Badou Jack, all things being even, prefers a fight with WBA titleholder Dmitry Bivol over counterparts Artur Beterbiev (IBF), Oleksandr Gvozdyk (WBC) or Eleider Alvarez (WBO) should he get beyond a January 19 clash with Sir” Marcus Browne for the WBA’s vacant interim title at the MGM Grand in his hometown of Las Vegas on Showtime Pay Per View.

In his last fight in May, Jack battled through a grueling, toe-to-toe draw with the left-handed then WBC titlist Adonis Stevenson, a 41-year-old whose ninth defense happened before his partisan fans at Air Canada Center in Toronto, Canada. 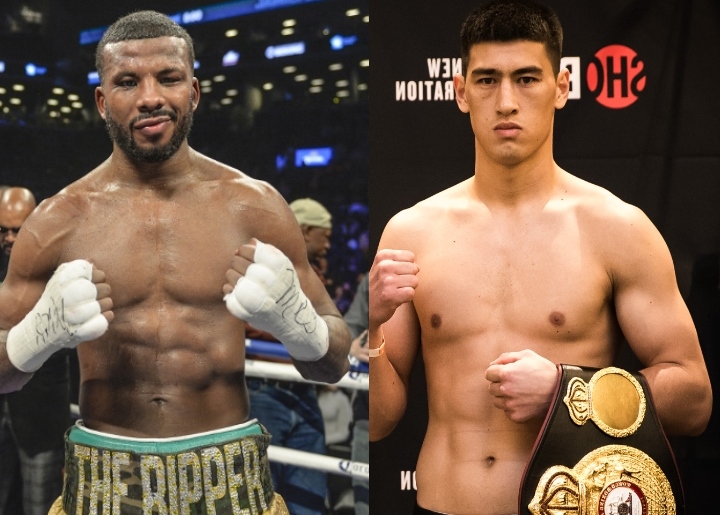 Stevenson lost his 10th defense by 11th-round knockout last month to Gvozdyk (16-0, 12 KOs), and is recovering at L’Enfant-Jesus Hospital in Quebec City, Canada, from a brain injury suffered in that fight. Stevenson has reportedly begun speaking.

In October, Beterbiev (13-0, 13-0) scored first- and final-round knockdowns but was dropped, himself, in the second of his fourth-round stoppage of Callum Johnson (17-1, 12 KOs), whose run of four straight knockouts, including three in the first round, was ended.

Bivol made his successful third defense against former titleholder Jean Pascal by unanimous decision in November, and Alvarez-Kovalev II is slated for February 2.

“That’s [Bivol] a fight that I really wanted, but right now, I’m thinking of Marcus Browne. That’s all of my focus. There are four champions ahead of us, so me beating [Browne] doesn’t really make me No. 1,” said Jack, 35.

“There are a lot of big names. Kovalev and Alvarez fight two weeks after me, so let’s see what happens. I’m willing to fight any one of the champions, but who I prefer is the one that pays me the most. If they will  all pay me the same, then it’s Dimitry Bivol. But like I’ve said, Marcus Browne is first.”

Jack then relinquished his super middleweight world championship to dethrone Nathan Cleverly as 175-pound titleholder in August 2017 by fifth-round knockout before vacating to challenge Stevenson.

“In all of those fights, I landed over a hundred more punches than my opponents," said Jack. "Most of them are not the same fighters after they’ve faced me. I just gotta make a statement [against Browne.] They [judges] are not going to do me no favors."

Jack is ranked No. 1 ahead of No. 2 Brown in the slots for the titles owned by Gvozdyk and Bivol, with Browne being rated No. 2 for that held by Alvarez.

“I think [Bivol] is a good fighter and a good boxer, athletic. Everybody said he’s gonna knock this guy out, but those guys are not easy opponents. Chilemba’s a tough guy, Pascal’s a tough guy, and it’s not easy to knock everybody out,” said Jack.

“When you fight world class fighters, even if they’re past their primes, still, it’s a different story when you’re fighting veterans and tougher guys then when you’re a prospect and you fight opponents that you’re supposed to knock out. My las fights have been against world champions, and it’s a lot harder to knock guys like that out. But Bivol won most of the rounds against them anyway.”

Along with Browne’s first-round KO of former world titleholder Gabriel Campillo in September 2015, the stoppage of Williams marked his legitimacy as a potential champion.

In January, Browne’s first-round stoppage of Francy Ntetu at Brooklyn’s Barclays Center improved his mark to 12-0 with eight knockouts at the New York venue, and 13-0 with nine KOs in the state of New York.

“If Badou is victorious against Marcus Browne, he’s willing to fight any of the other champions. Any of them,” said Leonard Ellerbe, CEO of Mayweather Promotions.

“We’re willing to entertain any offers that are out there if he is able to get past Marcus Browne. Both of these guys are highly ranked across the board, and Badou is always willing and ready and available.”

Dmitry Bivol now, wasn't this a WBC eliminator? I guess they going after Bivol because his still a free agent with no tv network

That sounds like a great plan. 2019 ought to the year when all of the belt holders at 175 fight at least one top five-top ten name/recognised fighter. I like both Jack and Bivol, so either way, I'll be happy…

He has more wins against woman than almost any active fighter today so advantage to Badou!

Jack is a testament to the sport